Henry A 'Hank' Fitzhugh Jr, who received a doctorate in animal sciences from Texas A&M University's College of Agriculture and Life Sciences in 1961, was awarded the college's Outstanding Alumni in an awards ceremony held on 20 May 2022 in College Station, Texas.

Fitzhugh has worked for over 50 years to decrease poverty and increase sustainability and scientific excellence in Africa, Asia and Latin America.

Fitzhugh led ILRI from 1995-2001 to meet its global mandate for livestock research, developing interdisciplinary biological, agroecological and economic research to improve the productivity and sustainability of livestock production systems.

Above: Hank delivers remarks at the award ceremony, held in College Station, Texas.

In his next role as director of the International Fund for Agricultural Research, he fostered scientific excellence in agriculture in Africa and South Asia. Fitzhugh also led a project to increase Ethiopian meat and livestock exports, which was managed by the Norman Borlaug Institute for International Agriculture and Texas A&M University System and funded by USAID. In 2012, he became a senior fellow at the Borlaug Institute and an adjunct professor for the Department of Animal Science at Texas A&M.

Above: Hank with (left) Joe Straus, a partner with Hank's father in Texas cattle operations, and (right) with Elsa Murano, chair of the ILRI Board of Trustees and associate vice chancellor for strategic academic initiatives at Agriculture & Life Sciences at Texas A&M University. 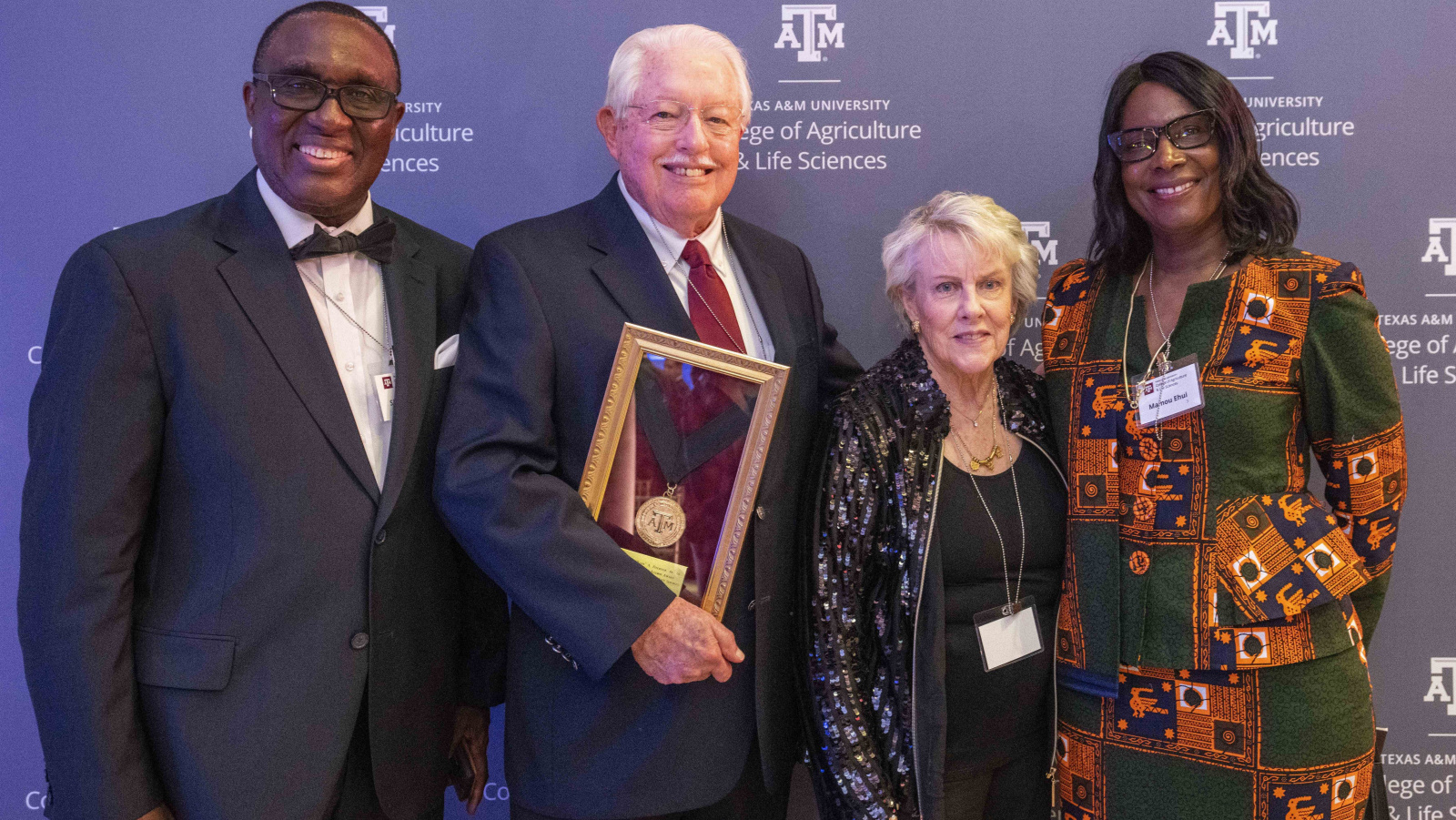 Hank and his wife Nancy (centre) stand with long-term colleague and World Bank director Simeon Ehui and his wife, Mamou 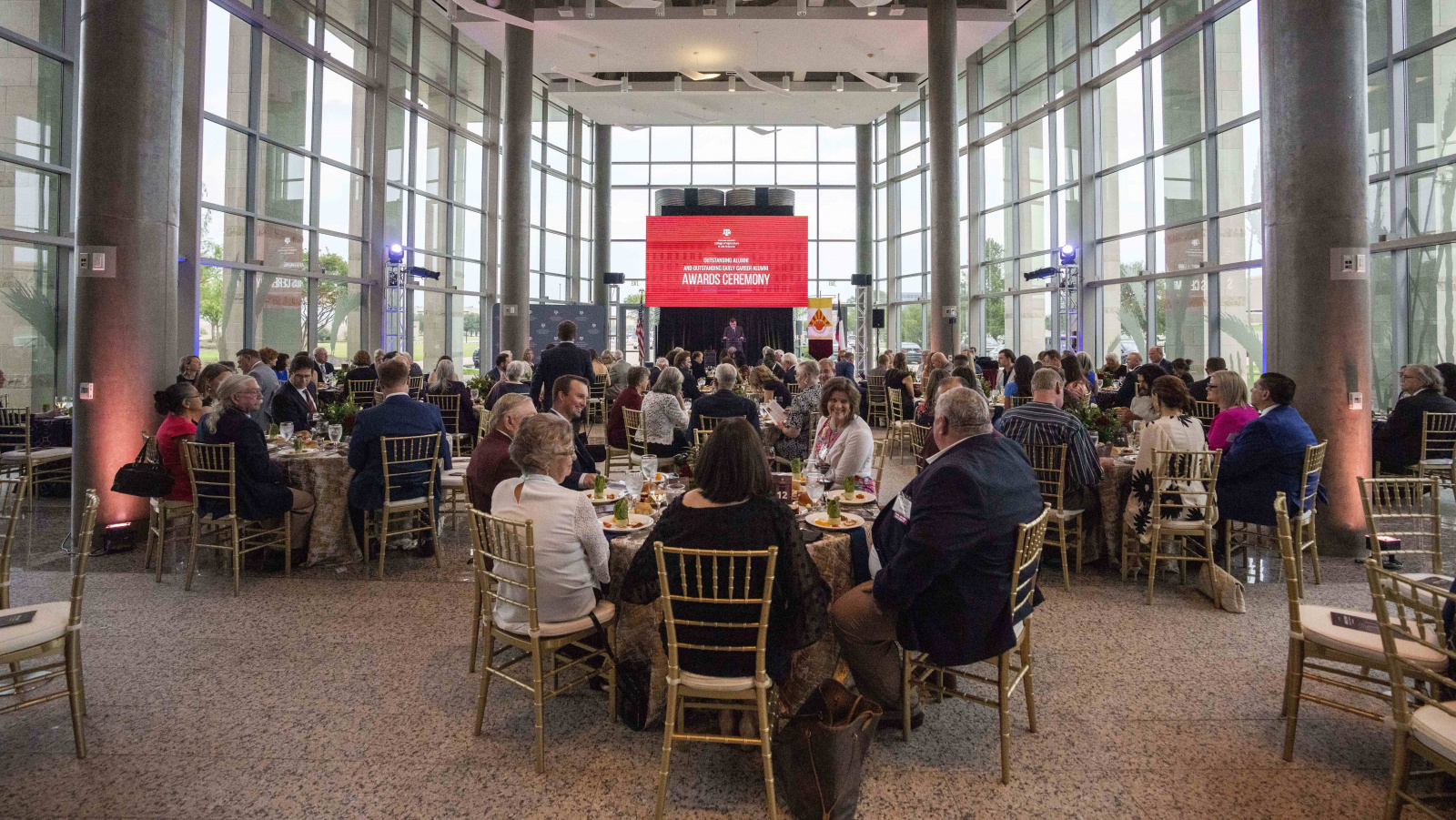 The award ceremony was held at the at the Shirley and Joe Swinbank ’74 AgriLife Center, located in the heart of Texas A&M University, in College Station, Texas 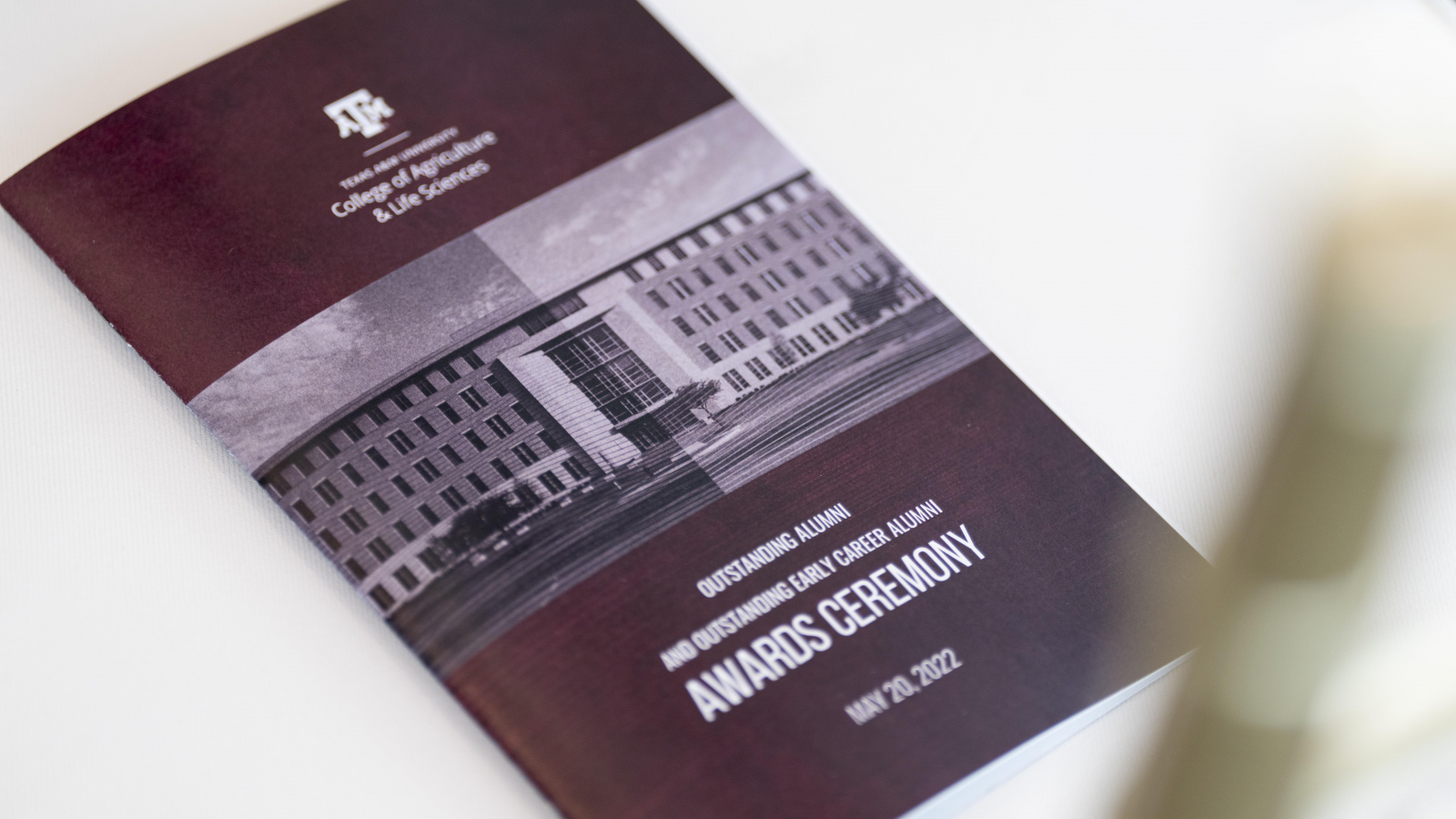 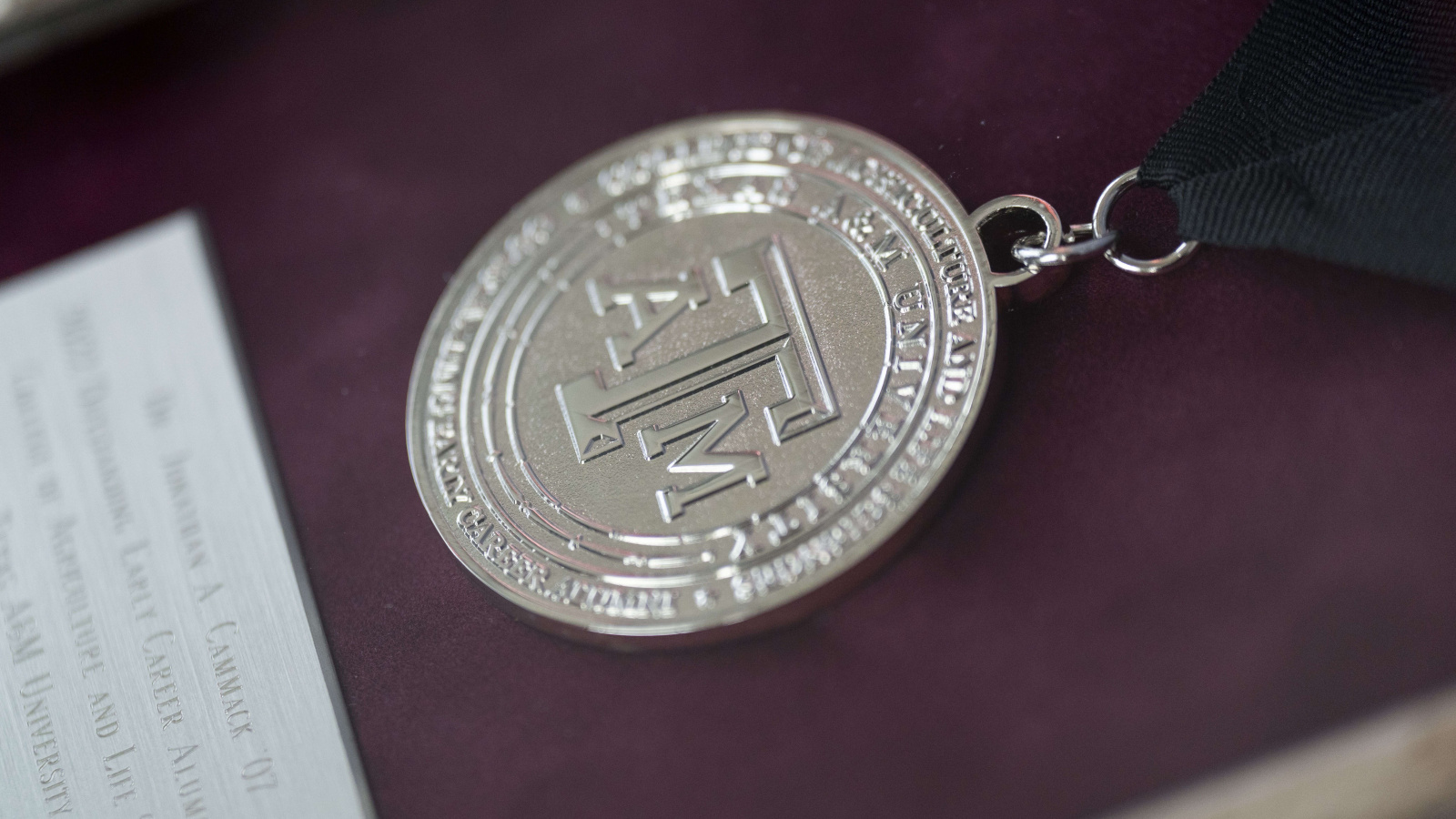 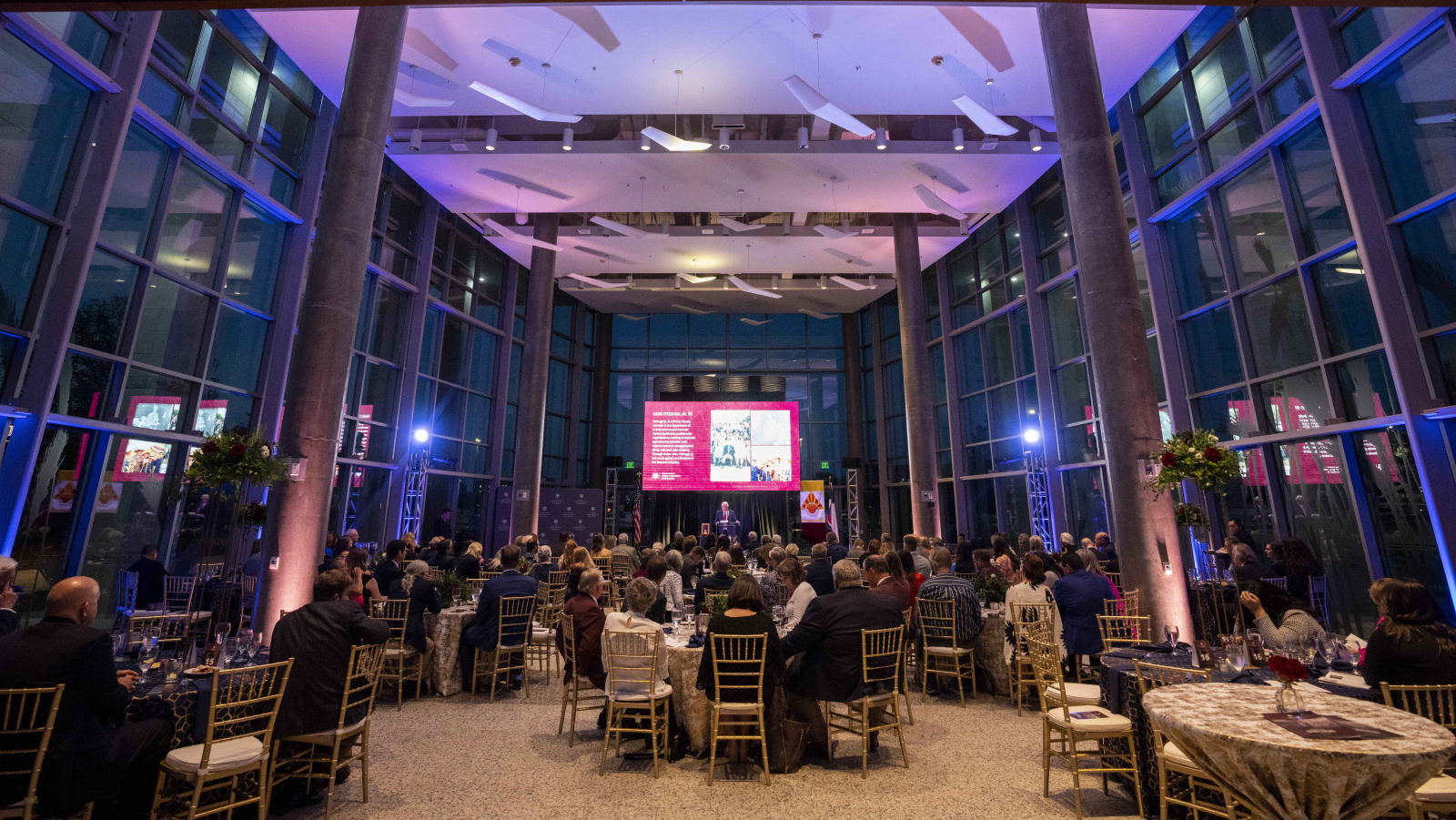