Zoonotic diseases—diseases that jump from animals to humans such as Rift Valley fever (RVF), brucellosis and Q fever—impose substantial human health effects ranging from chronic malaise to fever and joint pain. In animals, they can reduce livestock productivity, increase mortality and downgrade the value of livestock products leading to economic loss. The pathogens that cause RVF, brucellosis and Q fever are some of the most threatening to human and animal health.

The International Livestock Research Institute (ILRI)-led project on ‘Co-infection with Rift Valley fever virus, Brucella spp. and Coxiella burnetii in humans and animals in Kenya: Disease burden and ecological factors, held meetings in Isiolo between 8-10 February 2022. The meetings were to disseminate results of a seroprevalence study on Q fever, RVF and brucellosis conducted in Garbatula Sub-county, Isiolo County.

The seroprevalence study was conducted on August 2021 to determine the exposure levels to the three diseases in humans and animals and the risk factors for infection in the county. ILRI led the study with support from the Ministry of Health, the Directorate of Veterinary Services (DVS), and the Isiolo County Health and Veterinary Services departments. The project team collected 689 human and 2,217 livestock samples, which were analysed at ILRI laboratories in Nairobi, Kenya.

The results showed that over half (54%) of the study participants showed evidence of infection with brucellosis, slightly less than half (42%) with Q fever, and about a third (28%) with RVF. In livestock, brucellosis was most common in camels, while Q fever and RVF were commonly detected in goats and cattle. In addition, being male, having no education, herding, and assisting animals in giving birth influenced the likelihood of infection.

These findings will help the County Government of Isiolo employ strategies to prevent and control these zoonotic diseases and empower the community to understand the extent and drivers of zoonotic diseases in their area. More specifically, the data on risk factors for infection can inform the development of key messages for community sensitization on disease prevention and control. In addition, the data on prevalence will guide evidence-based decision-making on capacity needs for human and livestock disease surveillance and management.

On 8 February, the project team met with officials from the county and national government, including the county executive committee members in the Ministry of Health and Agriculture and members of the county assembly representing Kinna, Garbatula, Sericho and Merti wards of Isiolo County.

Participants were reminded of the objectives of the co-infection project and the activities being conducted in the county.

Mathew Muturi and Athman Mwatondo, graduate fellows at ILRI, presented the findings of the seroprevalence study, which showed high exposure levels of the three pathogens of interest in both humans and livestock. Participants agreed on the need to build the capacity of peripheral health facilities to conduct testing and provide appropriate treatment for priority zoonotic diseases. 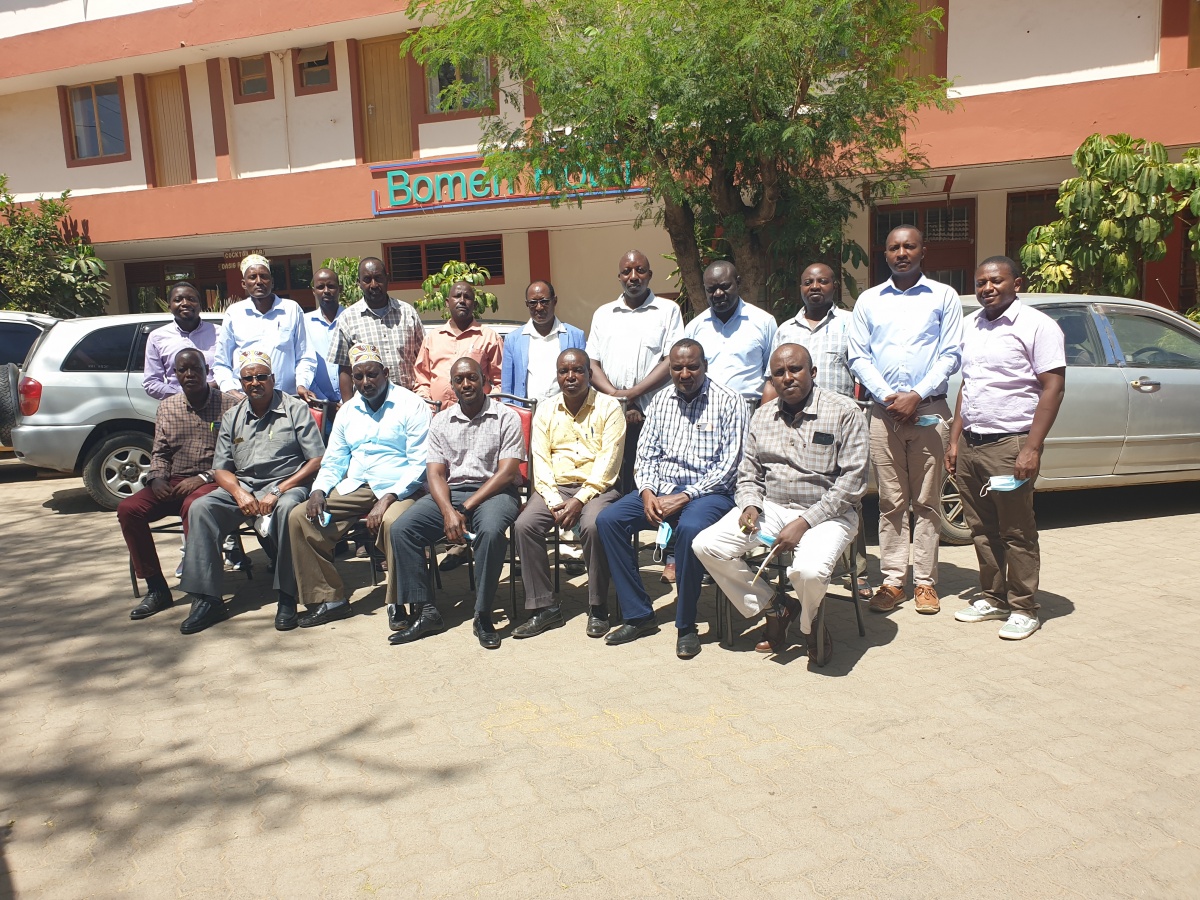 The participants urged the researchers to ensure that the county turned the results into actionable recommendations. These include sensitization of community members on the diseases and how to recognize, prevent and treat them.

The co-infection project is led by ILRI and funded by the United States (US) Defense Threat Reduction Agency (DTRA). It aims to use a multisectoral and transdisciplinary approach to address pastoralist communities' public health risks in northern Kenya.

Partners of the project include the Washington State University (WSU), the Kenya Wildlife Service (KWS), the Los Alamos National Laboratory in the US, the Zoonotic Disease Unit, Kenya, Ministry of Health, the University of Nairobi and the Kenya Medical Research Institute (KEMRI).

Read more about the project.

END_OF_DOCUMENT_TOKEN_TO_BE_REPLACED

Objectives: - Development of an integrated epidemiological-economic framework through participatory system dynamics modelling that can be used to quantify economic and non-economics of animal disease and its control strategies under different scenarios; - Application of the framework to assess the...

Across the world, livestock production and aquaculture are critical to human nutrition and health. These animals play critical roles in society, providing income and food, but also clothing, building materials, fertilizer and draught power. However, the presence of endemic and emerging diseases, as...