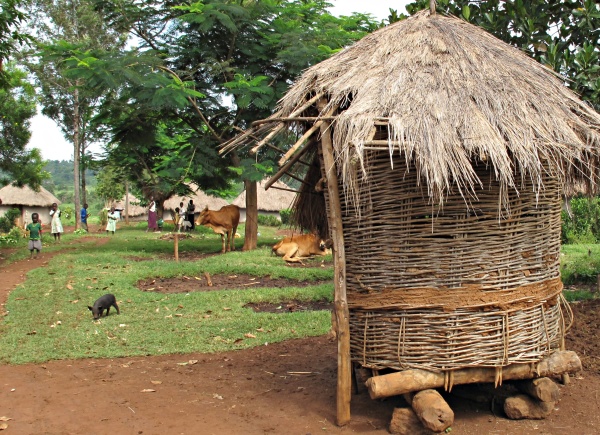 Coronavirus is far from the only ‘zoonosis’, or disease spread by animals, and many millions are affected globally by others every year.

‘If you thought that a disease jumping from an animal to a person and going on to cause global mayhem was something of a freak incident, then think again’, say Eric Fèvre and Naomi Marks in the Telegraph today. Fèvre is a joint appointee of the International Livestock Research Institute (ILRI), in Kenya, and the University of Liverpool. Marks is a communications consultant based in Brighton.

‘From bubonic plague to Ebola to SARS (severe acute respiratory syndrome) and MERS (Middle East respiratory syndrome), there is a non-human creature at the root of many of history’s pandemics and major disease outbreaks—in these cases the creature ‘culprits’ being, in order, a rat, a bat, a civet cat and a camel.

‘HIV/AIDS, for which we are still awaiting a vaccine, has its roots in human interaction with primates. Spanish influenza, which killed an estimated 50 million people in 1918–19, is now believed to have originated in wild fowl. And swine and avian influenzas speak for themselves.

These diseases that jump from animals to people are known by scientists as zoonoses. . . .

You may have heard of the headline-grabbing zoonoses named above. But others may be rather less familiar.

‘Have you heard, for example, of hydatid disease, caused by the ingestion of canine tapeworm eggs? Problems come once the eggs hatch into larvae as they go on to form cysts, often in the liver and sometimes in the lungs, heart or brain of people, going on to cause a range of problems, and sometimes proving fatal. . . . [H]ydatid disease is just one of 36 diseases the Government has named in a list of zoonoses found in the UK. They go from A for anthrax to Z for zoonotic diphtheria.

‘They include hantavirus syndrome, the result of infection with one of a nasty little family of viruses carried by rodents such as rats and mice and which in people causes a range of diseases, from mild, flu-like illness to bleeding and kidney failure. . . .

‘Another zoonotic disease, and one for which surveillance is now in place, is Lyme disease, contracted when a person is bitten by a tick which has previously feasted on an infected mammal. . . . [I]t is a disease that appears to be infecting more and more people. . . .

Some zoonoses—like Covid-19 –are what scientists call ‘emergent’. That is, they have only newly jumped the species barrier to humans. . . .

Frightening and newsworthy though newly emergent diseases such as Hendra and Covid-19 are, however, the majority of diseases that transmit from animals to humans have long been an everyday reality for millions of people.

‘They include those such as trypanosomiasis, endemic in eastern and southern African countries and caught via a bite from a tsetse fly which has previously picked up the infection from animals, often cattle. In cattle, the disease acts as a major obstacle to economic development, and in people it causes sleeping sickness, which is fatal if left untreated. Huge efforts over the last 20 years by the affected countries and the World Health Organization and its partners have done much to reduce the burden of this disease. . . .

‘Non-typhoidal salmonella, contracted from eating infected animals or close association with them, is another everyday zoonotic menace for many. In rich countries it mainly causes an upset tummy. However, in poor countries, this zoonosis kills 20–25 per cent of those affected. In sub-Saharan Africa alone it is estimated to kill 100,000 people a year.

These zoonoses at best keep their victims impoverished and sick, and at worst kill them.

‘And this is all helpful knowledge to have when it comes to battling a disease which currently infects more than 240 million people globally—and which has had a new light shined on it in recent months.’

Many of the scientists who have been working on zoonoses in developing countries are now part of the global response to Covid-19, their animal-to-human disease expertise having new and critical relevance in today’s outbreak situation.

Research into all zoonoses is vital. . . . whether [their effects] be an outbreak of pandemic proportions, a single incidence from interaction with the family pet, or a slow and quiet devastation of the lives of millions who live beneath the news radar.

Read the whole article by Eric Fèvre and Naomi Marks, Diseases jumping from animals to humans is not new—it has long been deadly, but we can learn from it, The Telegraph, 12 May 2019.

Eric Fèvre is a joint appointee at ILRI and the University of Liverpool, where he is professor of veterinary infectious diseases at the Institute of Infection, Veterinary and Ecological Sciences (formerly the Institute of Infection and Global Health). He manages several field-orientated projects where he leads the research activity on neglected zoonoses on behalf of the CGIAR Research Program on Agriculture for Nutrition and Health. He leads a ~25-strong team of epidemiologists, biologists, veterinarians and medical practitioners interested in the biology and control of (re-)emerging diseases, particularly zoonoses, with a focus on understanding the factors involved in emergence, risk, transmission, persistence, spread, and disease burden of pathogens in both human and animal populations. His team also has a strong interest in understanding the influence of the physical environment on pathogen transmission, and they conduct field studies to acquire a wider understanding of pathogen epidemiology, using this information to inform policy on optimal and cost-effective methods of disease control.

Prevention is cheaper than cure: One Health in practice for sustainable livestock production in sub-Saharan Africa