Diagnostic tests for COVID-19: How useful are they? 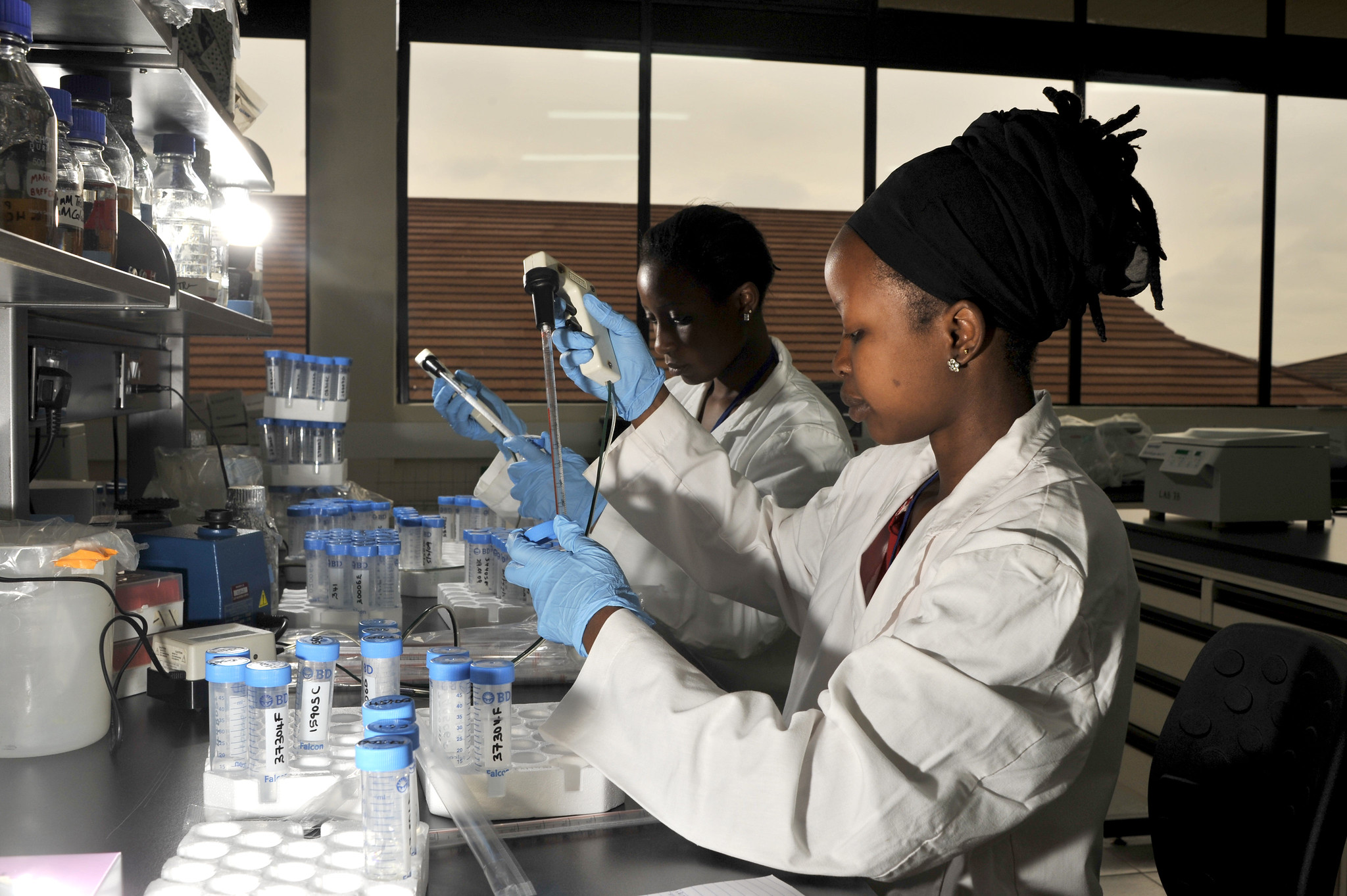 Last week, in one of a series of weekly townhalls held by the International Livestock Research Institute (ILRI), an ILRI scientist updated ILRI staff and partners on the diagnostic tests now available and in the making for coronavirus 2019. Eric Fèvre, a scientific joint appointee at ILRI and the University of Liverpool, where he is professor of veterinary infectious disease at the Institute of Infection and Global Health, provided insights on how these tests work and the challenges that exist in using them as tools for safely opening up organizations and institutes, such as ILRI, as social restrictions begin to be lifted.

As ILRI’s director general, Jimmy Smith pointed out at the beginning of this townhall session, different countries are experiencing the pandemic in different ways, with some countries easing restrictions and others, like Vietnam and China, fully opening again, albeit with strict measures in place—from physical distancing in restaurants to face shields worn by students in schools. Like other organizations, ILRI has been investigating how it might open up once its host governments give the go-ahead. Should, for example, staff maintain physical distancing and wear masks in the workplace? Should organizations apply diagnostic tests as a way to determine if and when they can fully open up? As Eric Fèvre highlights, there are many uncertainties in such testing.

With recent generous support from the German government, ILRI is supporting the Kenya Ministry of Health to test for the strain of coronavirus that causes COVID-19. The strain is called SARS-CoV-2 (it stands for ‘severe acute respiratory syndrome coronavirus 2’). In this work, ILRI is using a routine laboratory method—the polymerase chain reaction (PCR)—which can detect viral ribonucleic acid (RNA). SARS-CoV-2 is a ‘positive-sense single-stranded’ RNA virus (that means that the virus can be immediately translated by the host cell that it infects into viral protein). PCR tests can accurately detect viral RNA in an individual only during the acute phase of the infection. After this short window passes, other tests are needed to determine if an individual has ever been exposed to the virus in the past. There is a critical need for these other tests, which detect antibodies made to specific viruses and other pathogens. These ‘serological assays’ complement the PCR test and are an essential tool in better managing the ongoing pandemic.

Two kinds of serological tests can be used to identify an immune response by detecting antibodies—the large proteins used by the immune system to neutralize viruses and other pathogens. Such antibodies can be detected in individuals long after the disease resolves, which means all those with prior infections can be identified. These tests include:

Both these tests detect antibodies, also known as immunoglobulins. Immunoglobulin M (IgM) is the normally first antibody an individual’s immune system makes in response to initial exposure to an antigen, with the spleen the major site of specific IgM production. Production of IgM is normally followed by that of immunoglobulin G (IgG), which is still detectable in the blood long after IgM has disappeared. However, according to the Centers for Disease Control and Prevention (CDC), SARS-CoV-2 infections are unusual in that both IgM and IgG antibodies arise nearly simultaneously in serum within 2–3 weeks of the onset of illness. Rapid COVID-19 antibody test kits are being developed and launched as timely ‘point-of-care’ diagnosis—tests able to be made in a doctor’s office, ambulance, home, field or hospital—for COVID-19 infections. This test detects both the early (IgM) and late (IgG) markers using a finger prick to obtain whole blood, serum or plasma samples.

Both the ELISA and the rapid tests have problems regarding their ‘sensitivity’ and ‘specificity’, which affect their performance. This means that the tests can show positive infections when there are none, and conversely, can show negative infections when infections have occurred. It isn’t unusual to have these ELISA and rapid COVID-19 tests cross-react with coronaviruses other than SARS-CoV-2 and with different viruses, such as the H1N1 flu virus (swine flu). For these reasons, whether these tests can be used to determine, for example, which individuals should be issued with ‘immunity passports’, or which should be allowed to undertake domestic or international travel, or which are safe to return to work remains problematical. Some people, for example, might be encouraged to expose themselves to the disease thinking that this would allow them to travel or to return to work. In addition, to determine when ‘herd immunity’ might protect a population from further infection, experts need to have reliable estimates of what percentage of that population has been exposed to the virus. These tests cannot yet provide such reliable data.

As Fèvre concludes, ‘Even though a lot of good work has been done to get these tests developed and to market, and even though they have inherent value in helping us understand the epidemiology of this pandemic across countries, their cross-reactivity and false positive and false negative results raise many ethical issues from using imperfect antibody tests as well as create perverse incentives for individuals to expose themselves to the disease. So we are not yet at a place where an institutional decision can be made about their use’.

Note: ILRI has been working on developing such diagnostics for animal and human health disease such as ELISA’s for the routine detection of the fatal bovine disease East coast fever, ELISA testing for various tick-borne disease and zoonotic disease like Rift Valley fever.

Catch up on an earlier ILRI Townhall presentation on the good and not-so-good news about the states of COVID-19 vaccine development: A primer from ILRI

END_OF_DOCUMENT_TOKEN_TO_BE_REPLACED

Silvopastoralism and welfare of animals in Borana

Silvopastoralism is a form of agroforestry that involves integrating trees, forage and the grazing of domesticated animals in a mutually beneficial way. This project will develop site-specific action plans to strengthen silvopastoralism and its value chain integrating management of dry forests,...