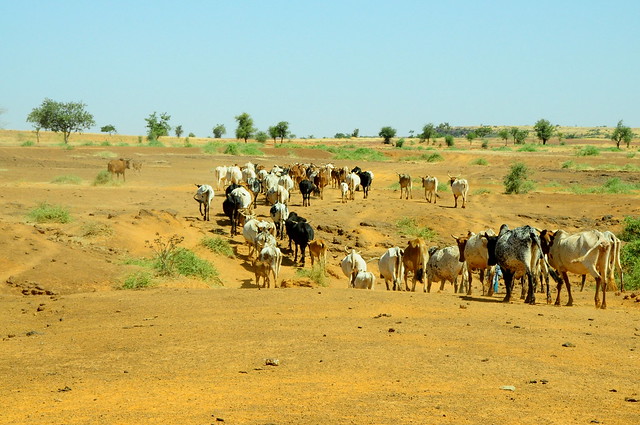 Some of the goals of the development plan include achieving an average annual economic growth of 7.7% between 2016 and 2020, up from an average of 5.5% between 2011 and 2015; and reducing the poverty rate from 40% in 2014 to below 35% by 2020. These and other changes envisioned in the PNDES will be driven by institutional reforms, improving management in government, strengthening human capital and reviving the primary economic sectors, particularly crop farming, agroforestry and  livestock rearing which employ 80% of the country’s population.

A review of the mid-term progress of the PNDES’s implementation was carried out recently. More than 300 technical and financial partners of the government—including diplomats, researchers and agricultural and development experts—met in the capital, Ouagadougou, 9–10 Jul 2018, at a conference presided over by Prime Minister Paul Kaba Thieba. The review focused on how the country can accelerate the transformation of its crop, agroforestry and livestock production systems.

Speaking at the meeting, Augustine Ayantunde, the International Livestock Research Institute (ILRI) regional representative in West Africa, presented investment opportunities to enhance the productivity of the country’s livestock sector, based on decades of ILRI and partner research in the West African Sahel.

Ayantude began by saying that growth in the sector would improve food security for the country’s rapidly growing population. ‘Sustainably intensifying current livestock production systems will improve production, create employment opportunities and enhance the the sector’s contribution to the economy.’

He said research had identified the four highest priority areas of investment in Burkina Faso’s livestock sector: animal production, value addition, exportation and capacity building. Ayantunde proposed that Burkina make a systematic and comprehensive assessment of the growth and development opportunities in its livestock sector, culminating in a ‘livestock master plan’ for the country. He offered ILRI support and guidance in the the development of this plan. Over the past several years, ILRI has worked closely with other countries in Africa and Asia to develop national livestock sector development plans.

Soumanogo Koutou, Burkina’s minister for animal and fisheries resources, recognized the economic opportunities offered by exporting live animals and livestock products in the region and to the Gulf. But he said livestock producers and the sector in general needed support to meet the phytosanitary standards and certification requirements to make such exports possible.

Adapting to climate change among transitioning Maasai pastoralists in southern Kenya: An intersectional analysis of differentiated abilities to benefit from diversification processes

END_OF_DOCUMENT_TOKEN_TO_BE_REPLACED

The project is national in design and intent. It will generally be implemented in 39 Districts of all the country's regions. However, due consideration will be given to the fact that projects implementing small ruminant production-related activities may be present in some areas to avoid unnecessary...

This three year partnership is between Scotland’s Rural College (SRUC), U.K and ILRI. It will achieve its purpose of improving feed mitigation to climate change, increasing farmer productivity and income as well as access to nutritious food by enabling the selection of new generations of dairy...