Skip to main content
Got a spare 5 minutes to help us improve our website?
I'll do itNo thanks
4 min.

In Africa, fever is one of the reasons many people seek healthcare, and in many cases, it is diagnosed and treated as malaria. In many places, malaria is often associated with ‘fever’. Yet while a fever is a symptom of infection by the parasite which causes malaria, Plasmodium falciparum, many other infectious disease agents can cause fever as well.

A new review published in PLoS Neglected Tropical Diseases sought to identify the most common pathogenic infections in fever patients in Africa.

A total of 5,730 studies were identified and 133 articles representing 391,835 febrile patients from 25 African nations were included in the systematic review. The east Africa region had the greatest number of studies, likely resulting from strong research collaborations investigating important infectious diseases. Food and waterborne diseases featured prominently as leading causes of non-malarial fevers, highlighting the need for multi-disciplinary collaboration on most illnesses. 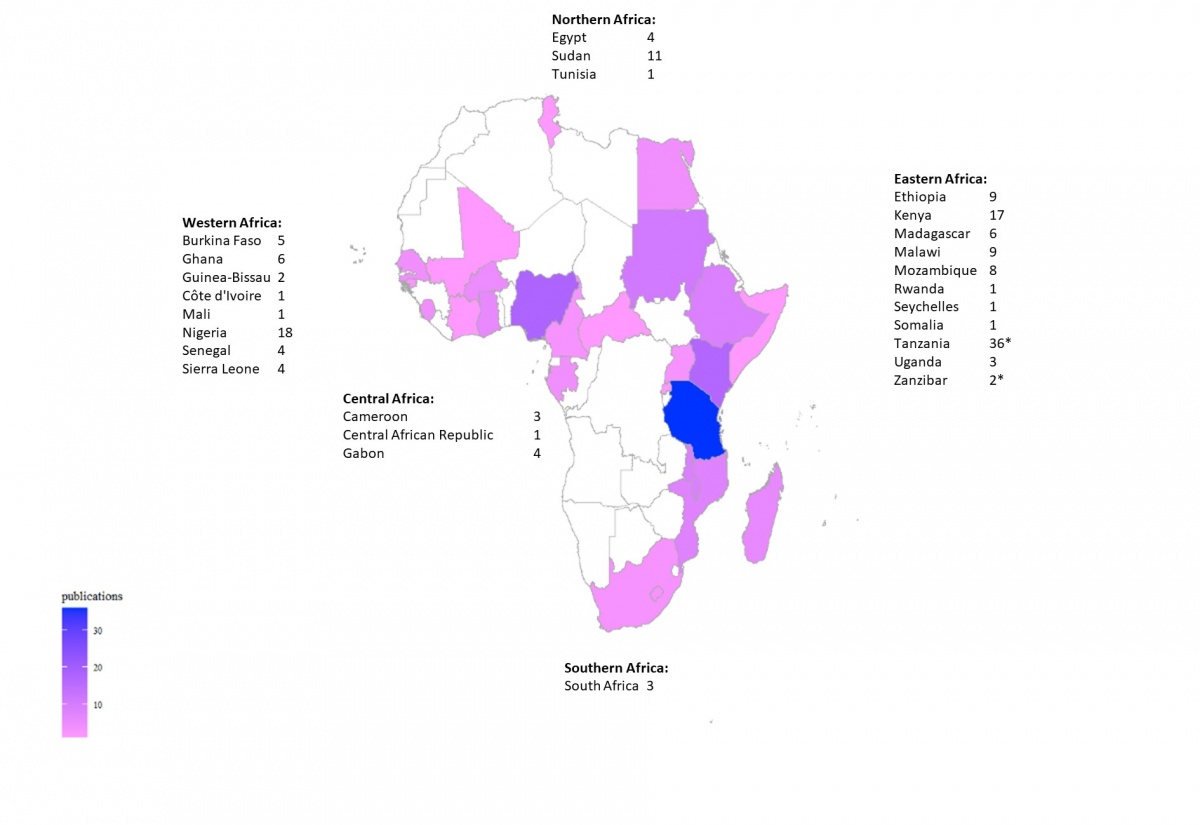 Figure 1: A map showing the number of studies per country included in the review. The leading causative agent of non-malarial fevers in the largely HIV-negative patients considered in both the east and north Africa regions was typhoidal Salmonella. Streptococcus spp., Rickettsia spp. spotted fever group and orthopneumoviruses were the leading agents identified in the west, central, and southern African regions, respectively.

The authors noted that few fever studies were conducted on the continent. Fever cases in the studies investigated were defined using a wide range of case definitions, and patient selection methods varied considerably. Similarly, a huge variety of diagnostic tests was used to identify agents, a variable that featured prominently in the meta-regression analyses. Due to this variation in fever study designs, the authors recommended the use of harmonized protocols for fever studies across the continent to obtain comparable data. Such protocols from large multi-centre and multi-country studies are increasingly in use.

The researchers further added that present public health threats such as endemic infectious diseases (especially malaria, HIV/AIDS, and tuberculosis), non-communicable diseases, and accidents and injuries are compounded by emerging and re-emerging infectious agents. Surveillance programs focusing on individual threats have been effective so far. However, with rising threats in resource-scarce settings, integrating disease surveillance and response systems can offer better public health outcomes.

Findings from this review will inform the prioritization of non-malarial febrile illnesses in Africa and provide essential parameters to be carefully considered in future fever studies on the continent.

This study is one of several outputs of a PhD fellowship funded by the German Academic Exchange Service (DAAD) and supported by the German Federal Institute for Risk Assessment (BfR), Freie Universität Berlin, University of Prince Edward Island, and the International Livestock Research Institute with funding from the Animal and Human Health program and the CGIAR Research Program on Agriculture for Nutrition and Health.

PhD fellow Martin Wainaina has since trained other fellows at ILRI on the basics of conducting systematic literature reviews and meta-analyses with ILRI team members Emmanuel Muunda and Nicholas Ngwili, who have recently co-authored several such reviews.

Epidemiology of porcine cysticercosis in eastern and southern Africa: Systematic review and meta-Analysis

Where literature is scarce: observations and lessons learnt from four systematic reviews of zoonoses in African countries

The influence of livestock-derived foods on nutrition during the first 1,000 days of life 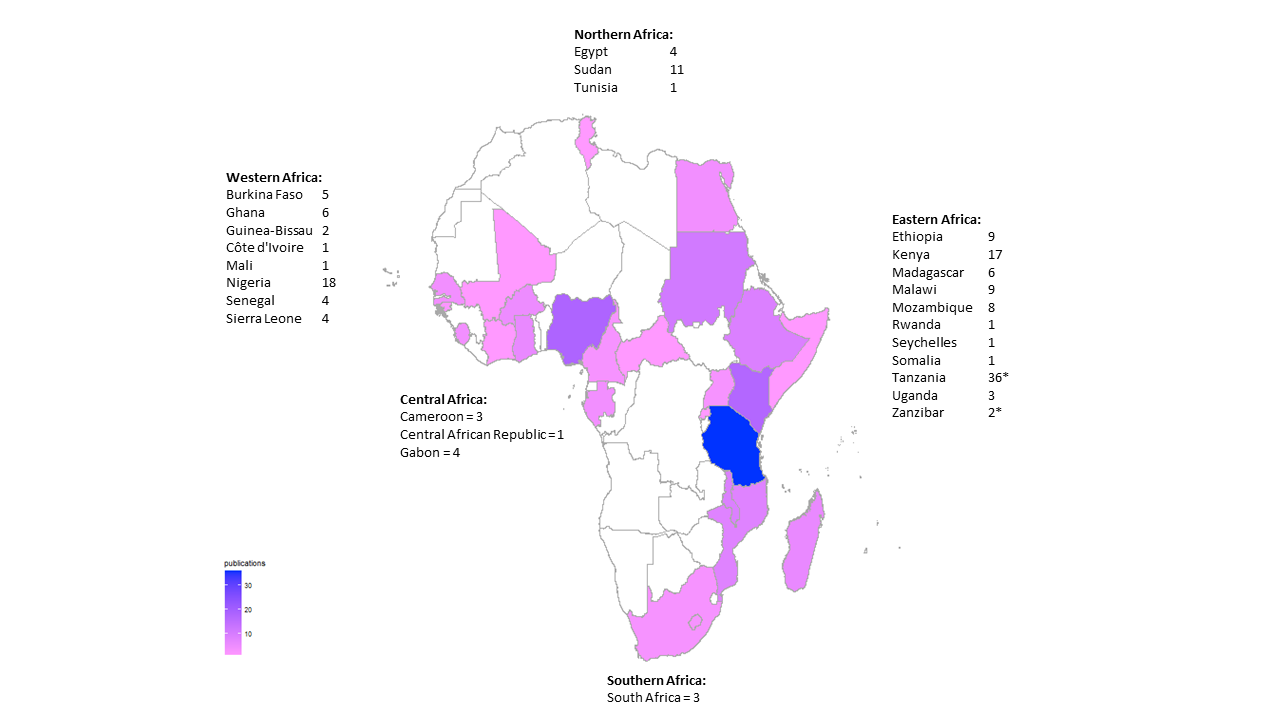 Outbreaks of foot-and-mouth disease in Burundi, East Africa, in 2016, caused by different serotypes

Zoonoses of poverty: Measuring and managing the multiple burdens of zoonoses and poverty

END_OF_DOCUMENT_TOKEN_TO_BE_REPLACED

Objectives Improve dairy production in Burundi by facilitating access to modern animal husbandry practices. This include strengthening the country's capacity for disease surveillance and control, accelerating genetic improvement through artificial insemination, and introducing improved and nutrient...

In Kenya and sub-Saharan Africa, outbreaks of anthrax occur in certain ecological regions, primarily triggered by weather extremes. Outbreaks of this neglected disease result in significant morbidity and mortality in humans, livestock and wildlife. The overall goal of this project is to identify...