For thousands of years, farmers in the Burren region of Ireland have marked the end of summer by moving their cattle onto ‘winterage’ pastures in the limestone uplands where they spend the winter grazing. This ancient form of transhumance, known as the Burren Winterage, has become synonymous with the Burren and its unique farming traditions. Recently recognized as part of Ireland’s Intangible Cultural Heritage, the Burren Winterage continues to be practised by farmers in the Burren today where it plays a key role in preserving the region’s healthy free-range livestock and renowned flora and fauna.

‘Transhumance’ describes the seasonal movement of people and livestock between summer and winter pastures. In most parts of Europe, farmers move their cattle into the hills during the summer when they are less cold and there is better forage growth. In the Burren, however, the region’s unique geography, defined by its 700-800 metre thick layer of limestone, causes farmers to do the exact opposite, instead moving their cattle into the hills during the winter. It is believed that this practice originally developed because the Burren’s limestone uplands are largely devoid of water in the summer. However, farmers quickly realized that the warm, heat-absorbing limestone, ample grazing and calcium-rich springs which form on the rocky winter pastures make it an ideal, low-cost winter environment for livestock.

The Burren Winterage is fundamental to the region’s abundant biodiversity, rich culture and economic opportunity. The Burren hosts the richest biodiversity in Ireland, accounting for more than 75 per cent of the island’s native flora. This is a direct result of winterage practices, for grazing cattle in the winter when most plants are dormant allows the Burren’s famous wildflowers to flourish unhindered in the summer. Winter grazing also slows the advance of invasive scrub, which is crucial to conserving the Burren’s wealth of archaeological remains that reflect six millennia of human occupation and land use. For people in the region, the Burren Winterage not only supports the livelihoods of 500 farming families who produce some of the highest quality food in all of Europe but also contributes to a burgeoning eco-tourism industry. 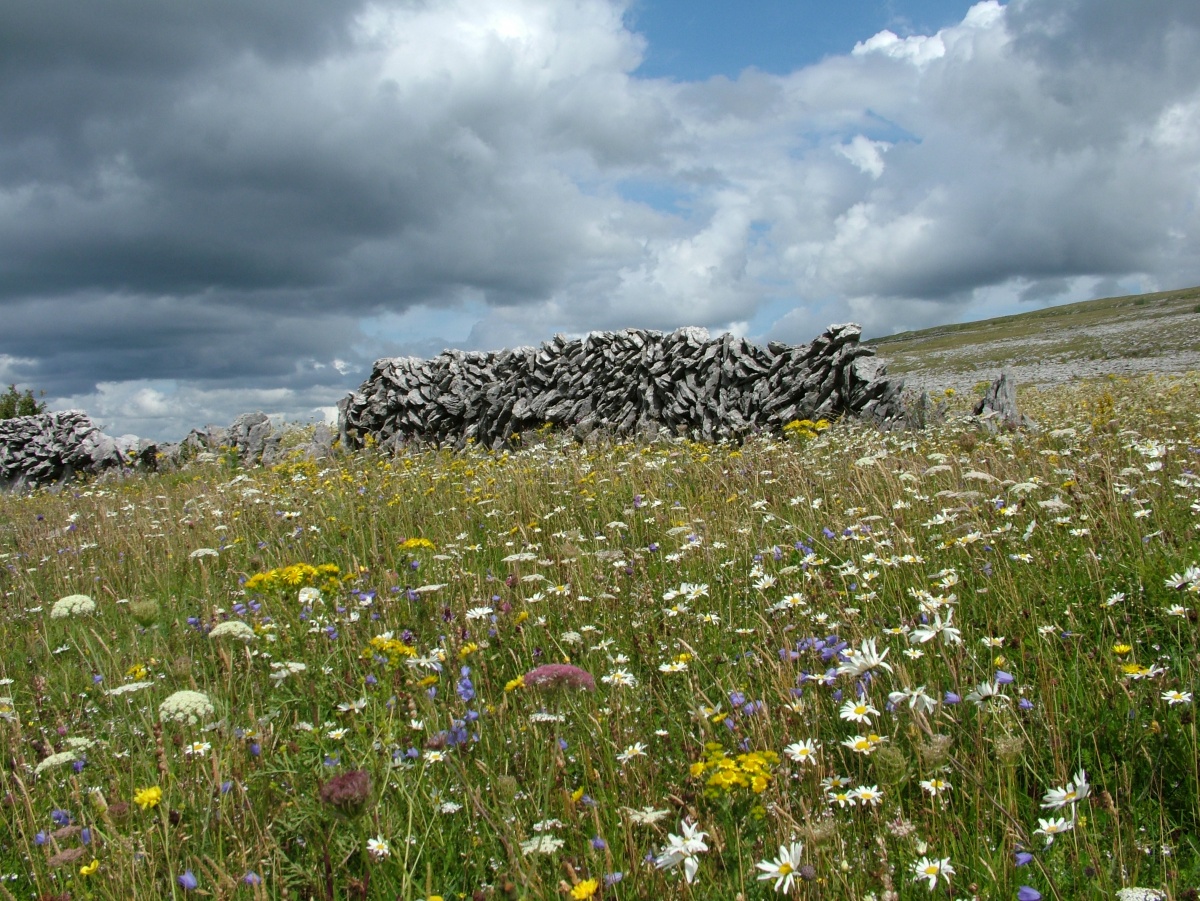 Over three quarters of Ireland’s native flora are found in the Burrren (photo credit: Brendan Dunford)

Farming in the Burren has not been without challenges though. Over the last few decades, farmers have faced a variety of obstacles arising from misguided environmental programs and land designations. In 1991, the European Union (EU) designated the Burren as a special area of conservation to protect the region’s biodiversity. Despite good intentions, it quickly became clear that a ‘one size fits all’ approach that stops all activity in the Burren is not the path to improved environmental health.

Without grazers to keep them in check, dominant species of grass and heather rapidly took over the Burren, impeding the growth of the region’s delicate wildflowers and smaller plant life. In their place, shrubs such as hazel and blackthorn emerged, encroaching on the Burren’s archaeological remains and suppressing biodiversity.

These unintended consequences make one thing abundantly clear: just as farmers are reliant on the Burren, so too is the Burren reliant on them. The Burren is a living landscape that has been shaped by humans over the course of 6,000 years. This has culminated in a mutually beneficial relationship in which, as one farmer puts it, ‘the better off farmers are, the better it is for the environment’.

Environmental groups are catching on to this. The Burren Programme assesses the environmental health of the region’s species-rich grasslands and rewards farmers for the ecosystem services they deliver. It also funds the restoration of field and shelter walls, protection of the Burren’s freshwater springs and improvement of access to grasslands by removing invasive scrub. 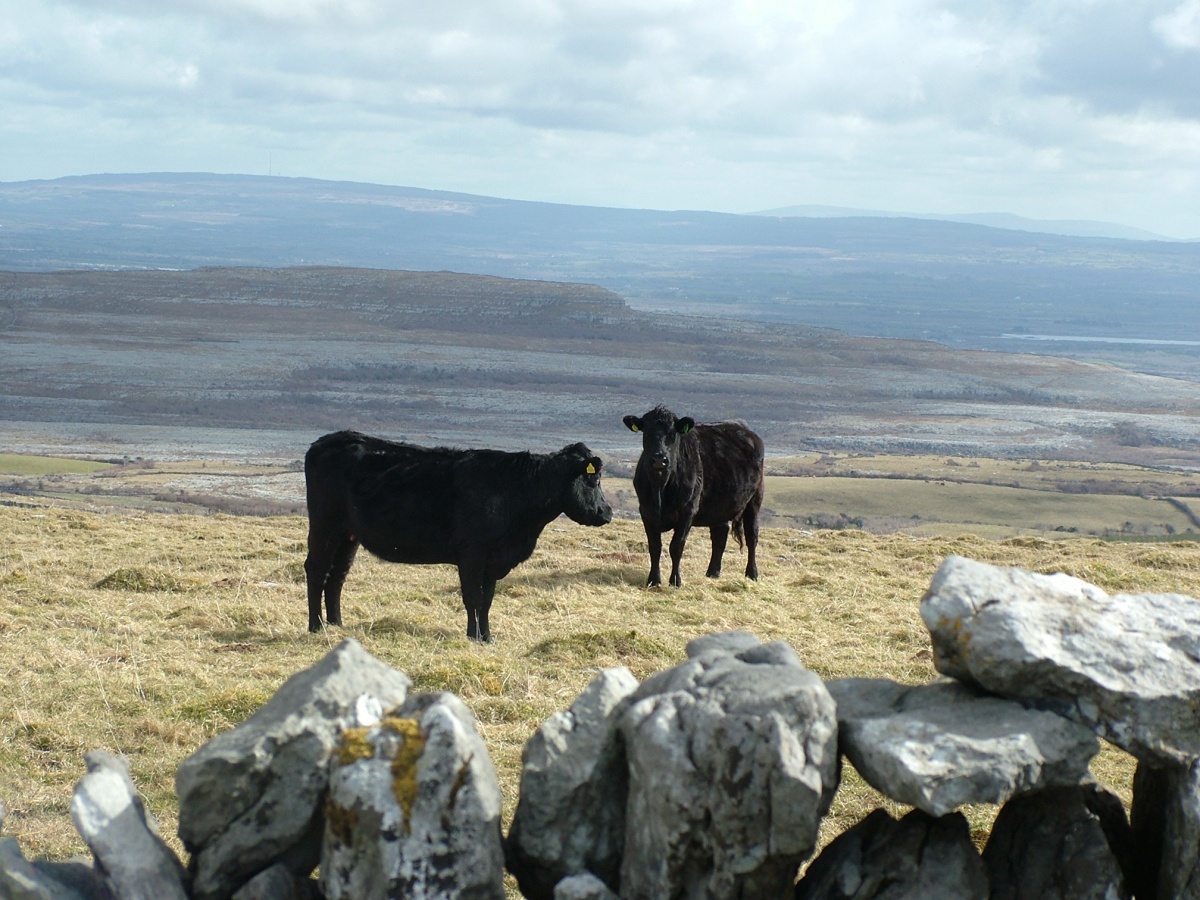 Despite these improvements, Brendan Dunford, leader of the Burren Programme, notes that ‘poor economic returns from farming, an ageing farming population and the limited availability of labour’ have resulted in a reduced amount of winter grazing in recent years.

The Burren Winterage Weekend is helping to generate the support farmers need. Taking place on the October Bank Holiday weekend each year, the festival brings people from across the world together to promote the vision of a flourishing Burren landscape that supports, and is supported by, a thriving Burren community. Though the opening event was run virtually this year, Dunford explains that the festival ‘highlights the importance of these small scale, family-run food producers who are the cornerstone of rural Ireland, the stewards of our rural heritage and the people at the coalface in addressing our climate and biodiversity crises’. The Burren Winterage Weekend has also become a platform for sharing ideas on how the Burren and its custodians might best be supported at a time of great challenge. 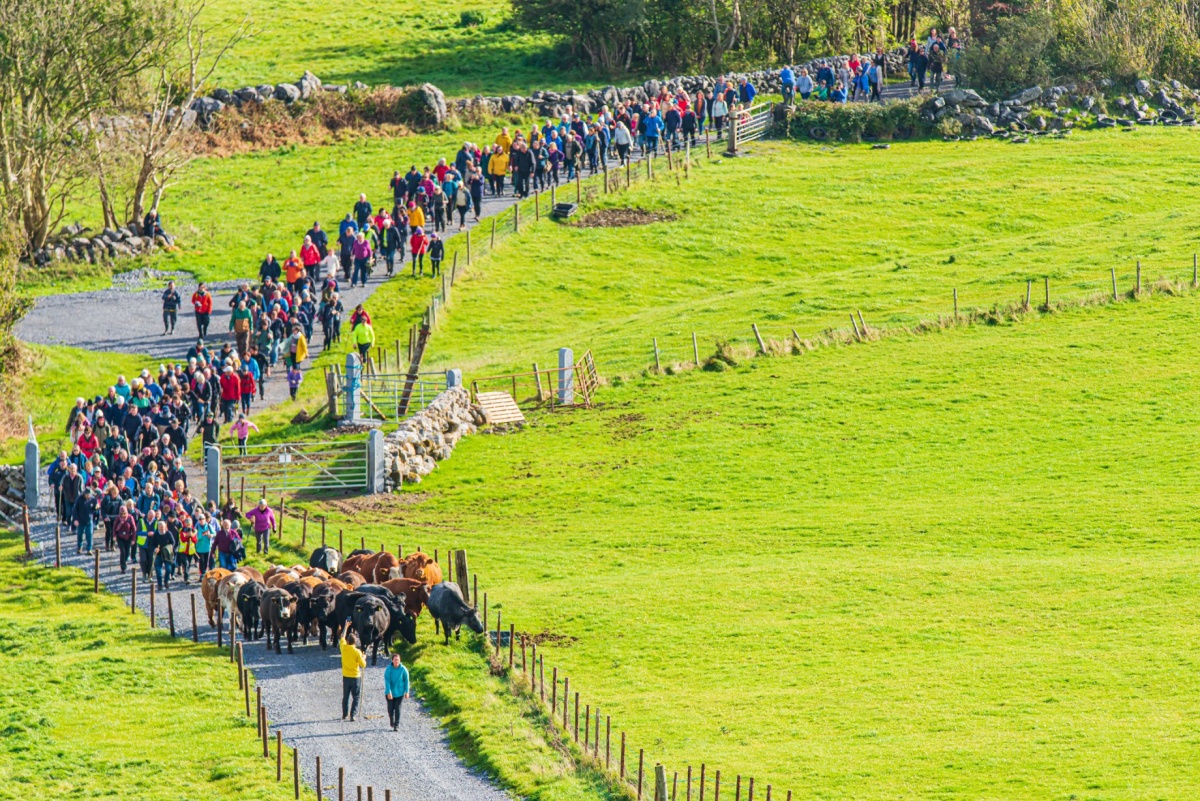 This year, ILRI senior scientist Fiona Flintan was asked to join the opening of the Burren Winterage Weekend, together with Ann Waters-Bayer of the Agrecol Association for AgriCulture & Ecology (Germany), to share her experiences working in transhumance and rangeland systems in eastern Africa. She explained that in the Bale Mountains of Ethiopia, there is a ‘vertical’ transhumance similar to the Burren Winterage called ‘godantu’ in which local populations move their livestock to the mountains in the winter when crops are being grown in the lowlands. Flintan also discussed ILRI’s role in supporting the planning and securing of shared grazing land across village boundaries in Tanzania. She highlighted that although the geographical, socio-economic and political contexts are different in Ireland and eastern Africa, the challenges facing pastoralists and transhumance practices are the same.

Through the contributions of Flintan and others at the Burren Winterage Weekend, Dunford hopes ‘to see the extraordinary natural and cultural heritage of the Burren cherished and protected’ long into the future. The preservation of pastoral traditions is essential not only in the Burren but in pastoral communities around the world, for just as the challenges facing global pastoralists are the same so too are the tremendous benefits they provide for people, animals and the environment.

ILRI and the Burren community, together with other pastoralist and livestock livelihood-based groups around the world, support the call for an International Year of Rangelands and Pastoralists 2026.

For more information on the Burren and its transhumance practices, watch a short film titled ‘Stories from the landscape: cattle drove’ here.

De-Risking, Inclusion, and Value Enhancement of Pastoral Economies in the Horn Of Africa (DRIVE): Assessment of suitability of financial protection schemes in the Horn of Africa

END_OF_DOCUMENT_TOKEN_TO_BE_REPLACED

Enabling livestock based economies in Kenya to adapt to climate change: A Review of payment for ecosystem services from wildlife tourism as a climate change adaptation option

This project will explore wildlife based tourism in community based conservancies as a form of adaptation to climate change. Such a source of income may potentially increase the resilience of pastoral societies to climate change. Diversification into less drought prone sources of income would...