Communal grazing lands, or commons, are an essential resource for pastoralists in India. Pastoralists historically managed these lands through rich and diverse local traditions that not only gave women equal access to the commons but also established them as the primary economic actors in pastoral communities. However, as common lands steadily disappear in India due to development, land conversion and privatization, so too is women’s role in pastoral communities. A recent report by ILRI senior scientist Fiona Flintan, Monika Agarwal, Neeta Pandya, Amanuel Assefa and Bedassa Eba seeks to better understand pastoralist women’s perspectives on the sociopolitical, environmental and economic changes occurring in India’s pastoral areas. The ultimate goal of the study, which is funded by the CGIAR Research Program on Policies, Institutions and Markets (PIM), is to contribute to better-targeted land and pastoral policies, legislation and development strategies.

About half of India’s common grazing lands have disappeared over the past five decades, transforming pastoralists’ migratory routes and grazing patterns. As a result, pastoralists are gradually being forced into alternative livelihoods, usually as wage labourers at construction sites or in similar low-paid, insecure jobs. Many ex-pastoralists now migrate with a tractor to find work, just as they had migrated with livestock in the past. Unfortunately, government policy has failed to address these impacts. In India, common grasslands do not receive the same legal protection as other landscapes such as forests, and even where legal protection may exist on paper, it is rarely applied in practice. 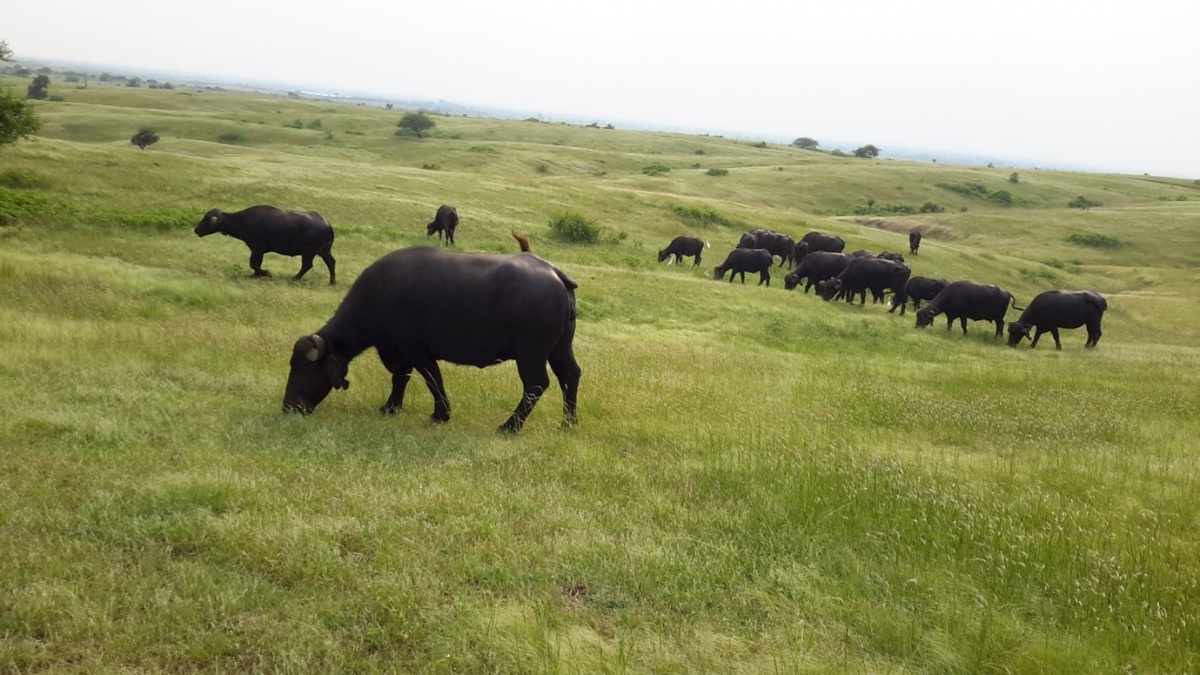 Women are especially vulnerable to these changes in land use rights because they are more reliant on the use of natural resources and have fewer social and economic development opportunities available to them. Understanding the rights pastoralist women currently possess in the commons and how these rights are protected through customary practices, rules and regulations will be crucial in addressing the challenges pastoralist women face. However, there has been little research done on this topic to date.

To address this gap, researchers from the Maldhari Rural Action Group (MARAG), supported by ILRI, examined women’s roles in the pastoral communities of Gujarat State, India. To ensure that pastoralist women’s insights were central to the study, only women were interviewed. The study also included a women-only survey and focus group discussions.

One of the most important findings from the research is that pastoralists in India are increasingly dependent on the use of individual cropping lands for grazing. In the winter and summer seasons, more than 80 per cent of pastoralists in Gujarat graze their livestock on the remains of crops. This number falls to 43 per cent during the monsoon season, but it is still substantial. These findings suggest that the decline of the commons in India has forced pastoralists to rely more on the private lands of farmers than on common grasslands.

In the past, the relationship between farmers and pastoralists was purely in-kind—farmers would invite pastoralists to graze on their fields and give them grain in return for milk. As pastoralism declines in India though, this traditional system is rapidly being replaced by cash-based transactions.

Under traditional pastoral practices in Gujarat, men were mainly responsible for herding the livestock between grazing lands and women oversaw family and communal finances. However, pastoralists’ increased reliance on monetary transactions, combined with the rise of alternative livelihoods not available to pastoralist women, has led men to take control of the finances in pastoral communities. The majority of women surveyed indicated that men now undertake most market-related transactions and hold onto the money they receive. As a result, pastoralist women’s role as the primary economic actors in pastoral communities has been greatly diminished. 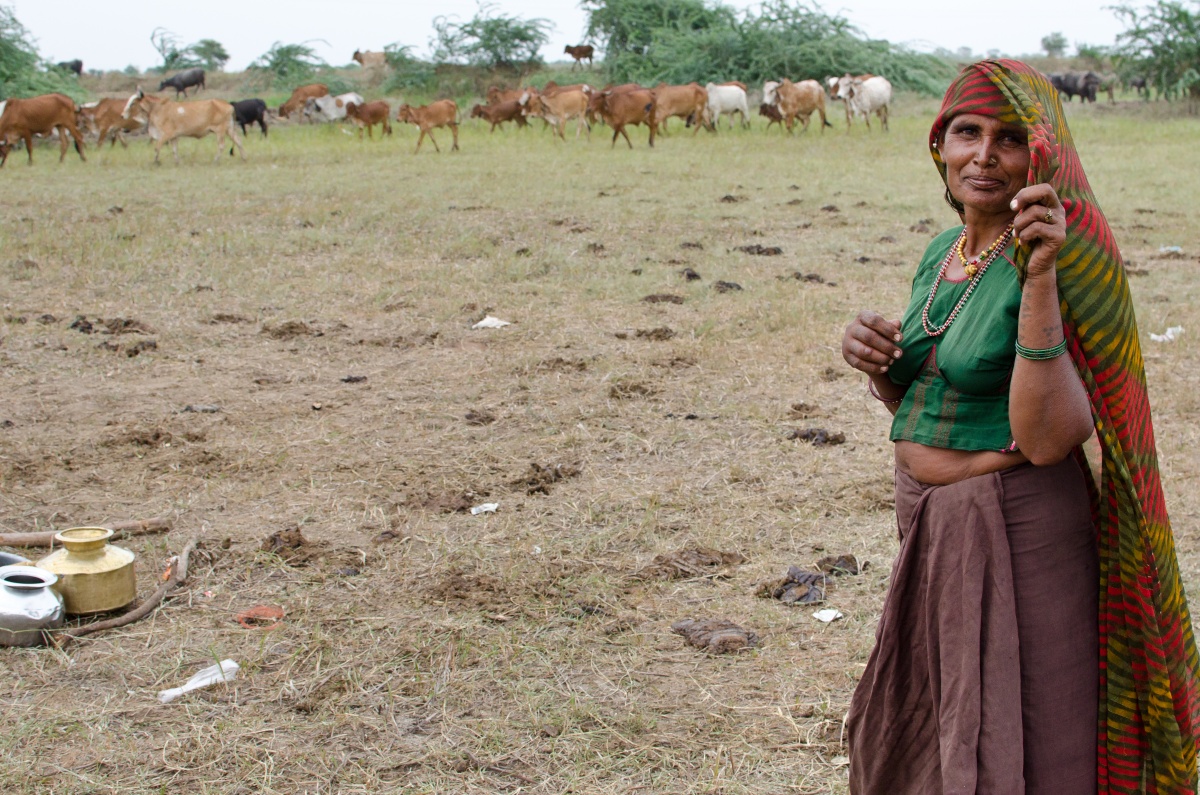 These socio-economic changes are part of a broader deterioration of pastoralist women’s status in India. Pastoralist women have tremendous indigenous knowledge of livestock keeping, which traditionally allowed them to share responsibilities with men by managing the commons and participating in decision-making processes. However, women do not possess the same wealth of knowledge about crop farming, so as grasslands continue to be ploughed over to make room for crops, pastoralist women are losing their land management and decision-making responsibilities. Many pastoralist women also report that without regular migrations, they are losing their connection to nature and their culture, resulting in a poorly defined self-identity and a loss of self-worth.

Given these circumstances, pastoralist women in Gujarat no longer feel that their rights to common grazing lands are protected, causing them to invest less in land improvements and resource management. This is a growing problem as more grasslands in the region are lost to development and land conversion each year. Fortunately, in some places there remain traditional pastoralist land management practices in which women play an important role. To protect Gujarat’s grasslands, pastoralists will need help expanding these traditional practices and boosting investment in rangeland management and restoration activities. Participatory rangeland management (PRM) is a useful framework for developing and implementing such restorative practices—it can help reaffirm the rights of pastoralists to common grazing lands and support the empowerment of pastoralist women in India. 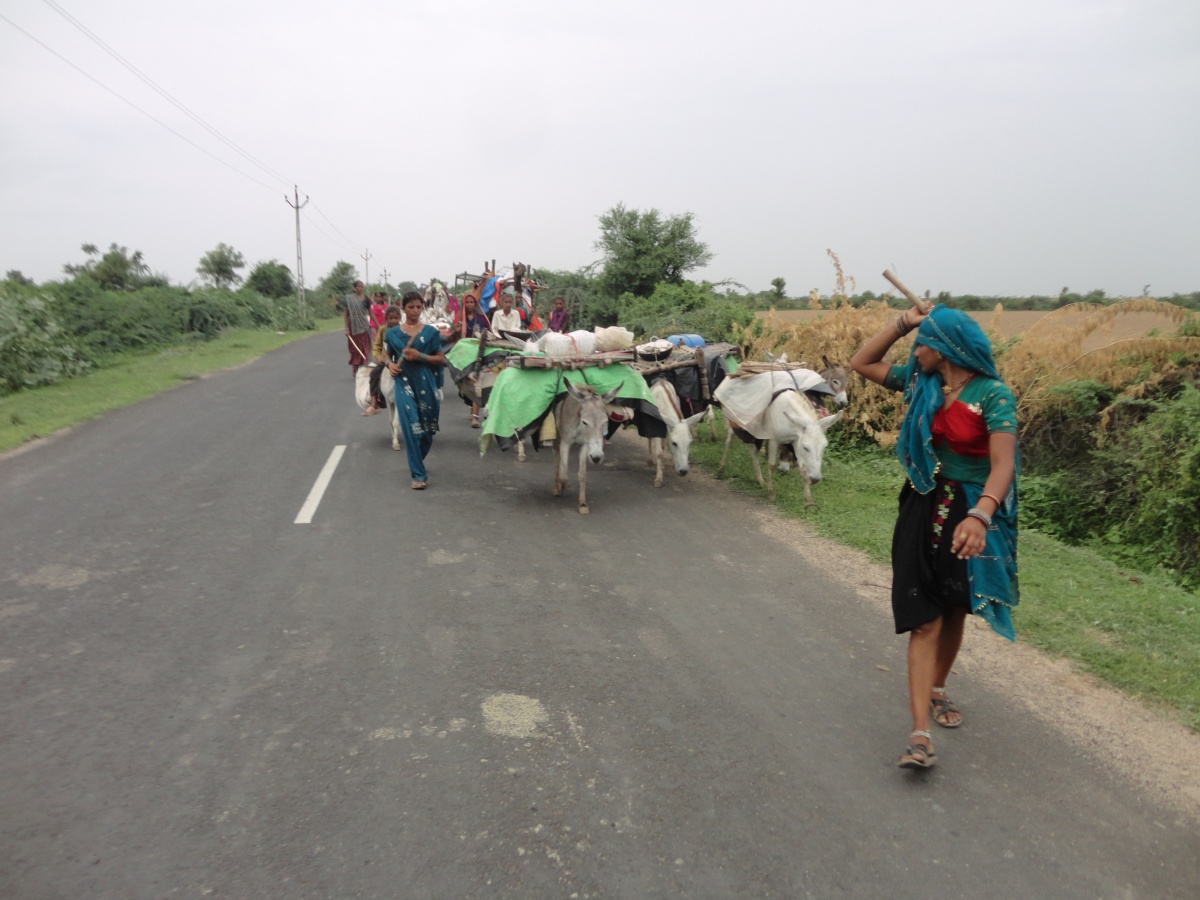 Despite all the challenges facing pastoralists in Gujarat, the majority of them want to continue the pastoralist way of life. Traditional modes of pastoralism provide women with important roles in the community and control over resources, for pastoralism only works effectively when men and women collaborate. This highlights the growing need for investments in India’s pastoral communities, including those that specifically support the role of women. This study, with its description of the local context and changes taking place in Gujarat, serves as a good starting point for future investments.

END_OF_DOCUMENT_TOKEN_TO_BE_REPLACED

Enhancing the value of ecosystem services in pastoral systems

The project ‘Enhancing the value of ecosystem services in pastoral systems’ is one of five components of the EC/IFAD funded project titled “Water, Land and Ecosystems in Africa’ to be implemented from 2014-2016. The desired outcome of the project is to have policymakers, planners and pastoralists...