Researchers typically study animal diseases one at a time, but diseases often come in combinations. To better understand how diseases work in their natural environments, International Livestock Research Institute (ILRI) researchers led by Bernard Bett and James Akoko, together with researchers from Kenya's Wildlife Research and Training Institute (Francis Gakuya) studied the prevalence of three neglected zoonotic diseases in 16 species from samples previously collected by the Kenya Wildlife Service. Their study 'Evidence of co-exposure with Brucella spp, Coxiella burnetii, and Rift Valley fever virus among various species of wildlife in Kenya' was published in The Public Library of Science Neglected Tropical Diseases on 8 August 2022.

Researchers found that about 20% of Kenyan wildlife have been exposed to one of the three pathogens, and almost 25% of the positive samples result in co-infections, most frequently of Brucella and Rift Valley fever virus (RVFV). The frequent pairing of Brucella and RVFV shows that wildlife acts as a simultaneous reservoir for multiple pathogens. There was an especially high rate of positive Brucella and RVFV cases in the Maasai Mara ecosystem, where wildlife, livestock and human interaction are high. 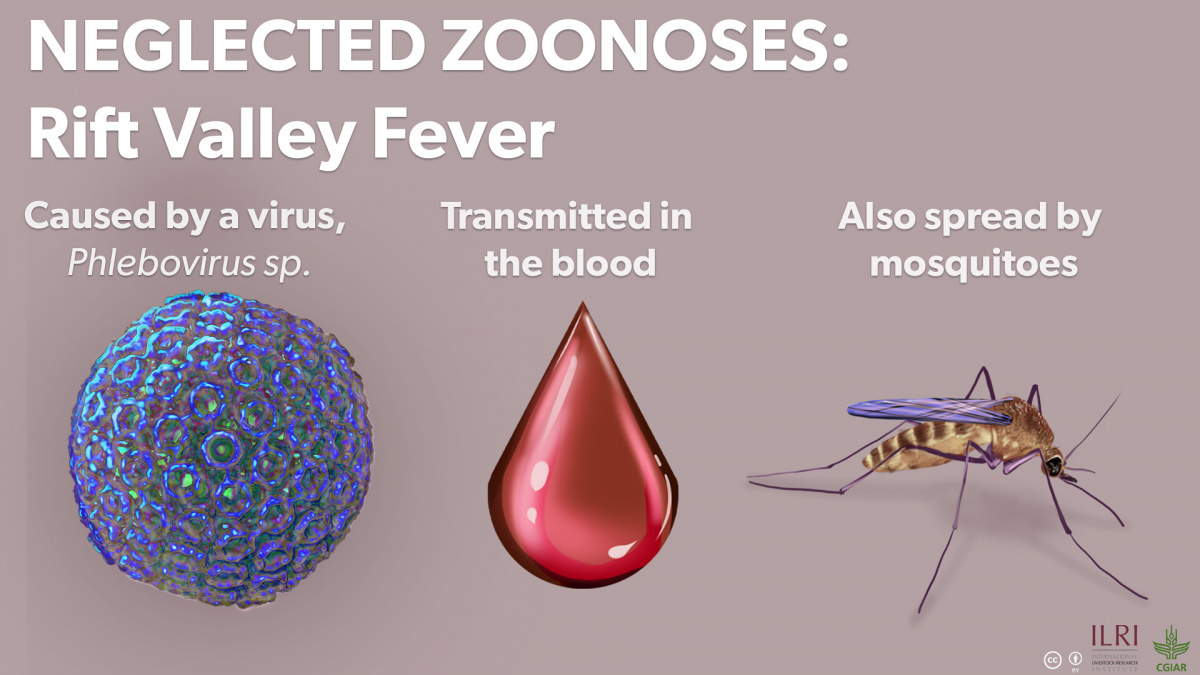 In a brief interview, Akoko highlighted two main goals of this study. First, the team sought to detect these three neglected zoonotic pathogens in wildlife. Previous studies have shown them to be prevalent in developing countries in Africa and Asia. In these countries, the pathogens are both an economic burden and a public health concern, causing abortions in livestock as well as fevers and chronic diseases in humans. By finding antibodies to Brucella, C. burnetii, and RVFV in wildlife that share grazing sites and watering points with livestock and humans, ILRI scientists highlighted concerns surrounding possible disease transmission between wildlife, livestock and humans. 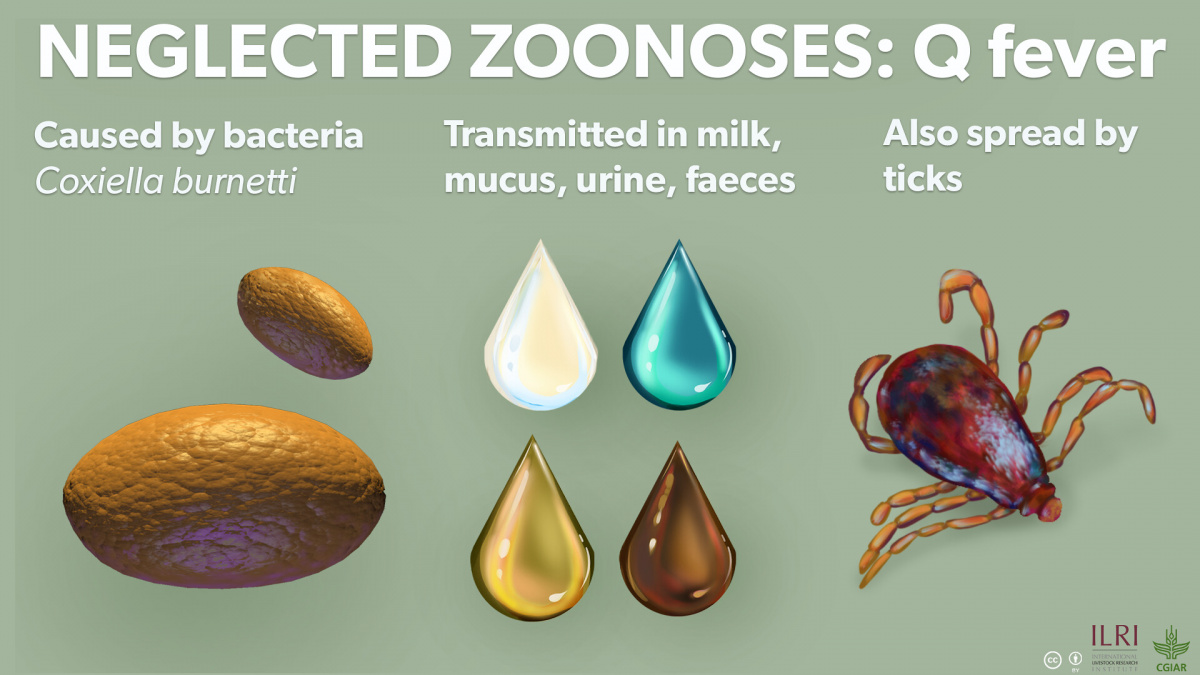 Second, scientists aimed to understand the co-infection of Brucella, C. burnetii, and RVFV in Kenyan wildlife. Other studies have shown simultaneous infection of genetically differentiated pathogens can increase the severity of a disease and its ability to spread. For example, when a patient with human immunodeficiency virus becomes infected with tuberculosis (TB), their reduced immune system will cause a more severe case of TB. Now that scientists have proved that co-infection is possible in wildlife, research on the effect of co-infection on wildlife and its ability to spread disease to livestock or humans is the next step. 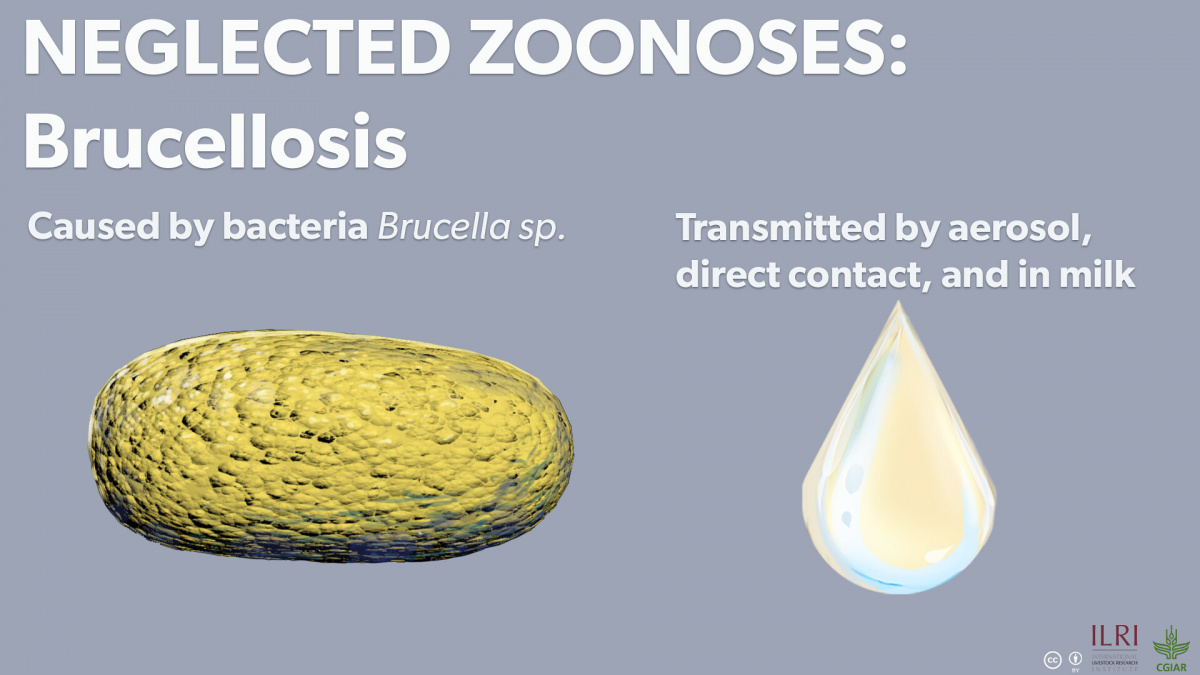 This study is part of ILRI’s ongoing One Health co-infection project led by senior scientist Bett. While Gakuya and Akoko’s study was limited to infection in archived wildlife samples, researchers are currently in the field collecting samples from live wildlife, livestock, and humans in pastoral counties surrounding Kenyan national parks. This longitudinal study has already collected 250 samples that will test for the co-infection of Brucella, C. burnetii, and RVFV in wildlife, herds and human livestock farmers over time in areas where shared resources increase interaction between the three populations. As One Health research continues, scientists hope to answer questions on the directionality of disease, like whether pathogens spread from wildlife to livestock to humans or if pathogens spread to wildlife and then stop spreading.

These studies come at a crucial time when human and livestock populations are increasingly colliding with remaining wildlife due to climate change and habitat loss. As scientists further understand co-infection, public health concerns should reflect the urgency of the matter, encouraging developing countries to invest in researching these neglected zoonotic diseases.

Poultry losses and One Health: Reducing losses and zoonotic risks along the poultry value chain through a One Health approach

“How are my age and cows related?” Cognitive interviewing as a tool to pretest survey questions in two limited resource settings

END_OF_DOCUMENT_TOKEN_TO_BE_REPLACED

Rift Valley fever, brucellosis and Q fever cause serious illnesses in humans and are associated with extensive socio-economic losses in livestock. These diseases are prevalent in pastoral areas of Kenya and are among the country’s top 10 priority zoonoses. In people, the diseases cause intermittent...