● 54 per cent of the world’s terrestrial surface consists of rangelands, but just 10 per cent of national climate plans (as part of the Paris Climate Agreement) include references to rangelands
● New rangelands atlas can guide climate and biodiversity negotiators ahead of UN summits
● Despite their importance to climate, nature and people, rangelands are threatened with escalating conversion and drastic effects of climate change

A new atlas published today shows that 54 per cent of the world’s land surface consists of vast tracts of land covered by grass, shrubs or sparse, hardy vegetation that support millions of pastoralists, hunter gatherers, ranchers and large populations of wildlife—and store large amounts of carbon. Yet while most climate plans focus on forests, much less importance is given to rangelands, leaving these massive planetary ecosystems supporting people and nature exposed to a wide variety of threats.

This is among the key conclusions of the new Rangelands Atlas—an ambitious, first-of-its-kind inventory compiled by a coalition of prominent international environmental, conservation and agricultural organisations cataloguing the contemporary character of the world’s rangelands, which include the Mongolian steppe, the savannas of Africa, the pampas of South America and the Great Plains of North America.

Their goal is to make rangelands a prominent part of policy discussions around everything from confronting climate change to reducing poverty, managing threats to biodiversity and freshwater and developing sustainable food systems.

'For the first time ever, we have an accurate understanding of how much of our planet’s land is covered by rangelands. So far, conservation and development efforts have focused mostly on forests—we now know that rangelands should also receive increased attention', said Shirley Tarawali, assistant director general of the International Livestock Research Institute (ILRI), which collaborated on the Rangeland Atlas. 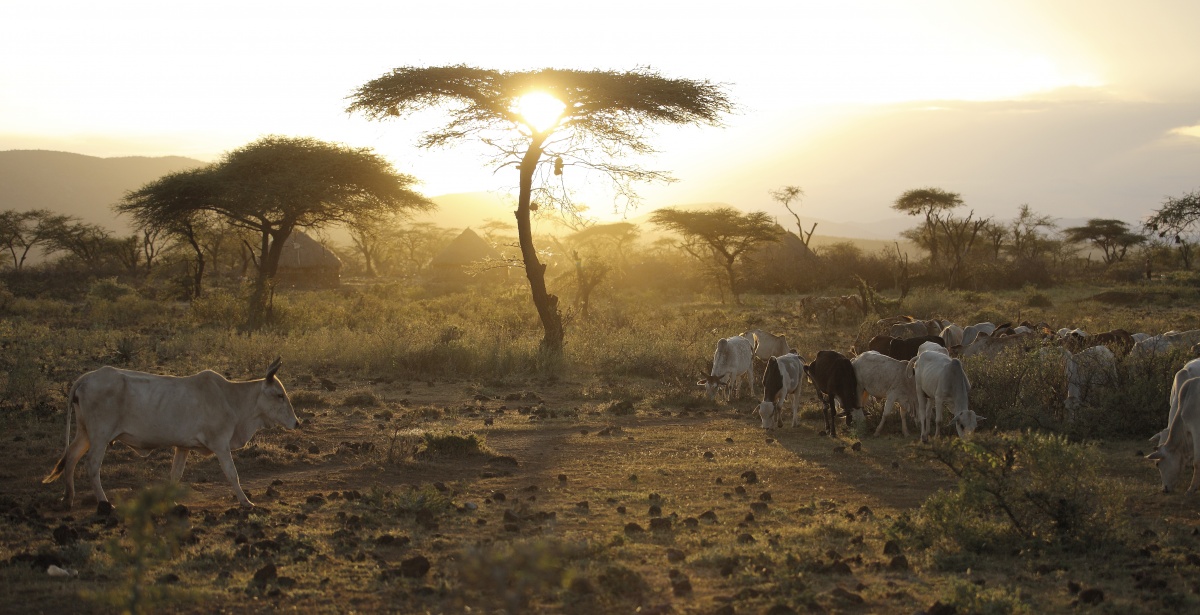 The diversity and importance of rangeland environments is mirrored in the diversity and prestige of the report’s authors. In addition to ILRI, they include the International Union for Conservation of Nature (IUCN), the World Wide Fund for Nature (WWF), the United Nations Environment Programme (UNEP) and the International Land Coalition (ILC), with contributions from the Food and Agriculture Organization of the United Nations (FAO).

Until now, rangelands have rarely featured on international agendas. Just 10 per cent of national climate plans (as part of the Paris Climate Agreement) include references to rangelands, compared to 70 per cent of those plans including references to forests. Rangelands are known to play a key role in storing carbon, providing habitat for diverse wildlife and nature and supporting the world’s largest rivers and wetlands.

A key reason rangelands have been underappreciated is the lack of definitive data capturing their size and value.

The Rangelands Atlas helps to fill that void and will be regularly updated. It captures key elements of the importance of rangelands, a large portion of which are dry, desert-like areas, for supporting people, wildlife and vegetation. For example, 70 per cent of Mongolia is rangelands. In Chad, grazing livestock across remote tracts of parched rangelands accounts for 11 per cent of GDP. The Northern Great Plains in the United States are one of the world’s four remaining intact temperate grasslands, supporting a menagerie of plants, birds and reptile species and providing home to several Native American nations.

But the atlas reveals that due to threats, including large-scale industrial agriculture, these rangelands are being lost at a faster rate than the destruction of the Amazon rainforest.

To date, 12 per cent of rangelands are designated as protected areas. Much of the rest is threatened from escalating conversion, particularly for croplands. The atlas shows that in the past three centuries more than 60 per cent of wildlands and woodlands have been converted—an area larger than North America—and an area approximately the size of Australia (7.45 million km2) is now used to produce crops. This land-use change contributes to the climate crisis, but the atlas shows rangelands will also suffer from global warming. Drastic effects are predicated in an area twice the size of Europe, with nature being dangerously destabilized and the ability to produce food, fuel and fibre being reduced.

'If we’re to have any chance of achieving climate, nature and food goals, the management and use of rangelands must be addressed at the highest levels. Our hope is that rangelands will be included at upcoming UN conferences on biodiversity, climate, land and food', added Tarawali, who is also the chair of the Global Agenda for Sustainable Livestock (GASL).

In the second half of 2021, government leaders will participate in annual conferences for the three Rio Conventions—on climate change (UNFCCC), biodiversity (UNCBD) and desertification (UNCCD)—along with the first-ever UN Food Systems Summit. Published ahead of the 5 Jun 2021 launch of the UN Decade of Ecosystem Restoration, the atlas can help guide governments, international and non-governmental organizations and donors on restoring, protecting and better managing rangelands.

The Rangelands Atlas consists of preliminary maps that are a starting point for gathering more detailed data on the exact ecosystem services and economic and social benefits that rangelands deliver to people and nature. It is available at www.rangelandsdata.org/atlas. 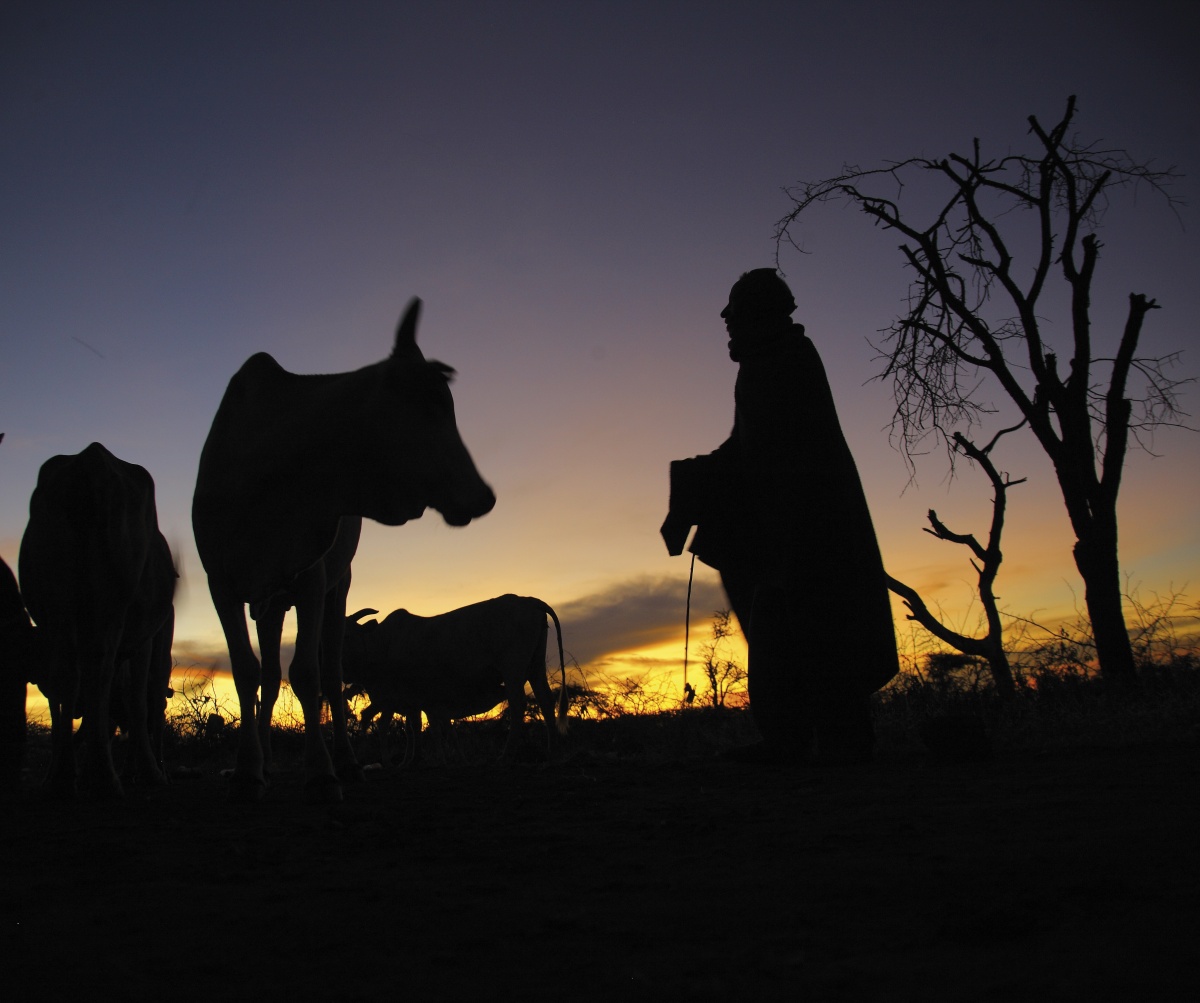 'To date, conservation and development efforts have focused on forests, overlooking other valuable ecosystems. This atlas shows us, for the first time ever, the extent of our rangelands and highlights that we must stop neglecting them if we are to address the world’s climate and nature crises whilst sustainably meeting global food demand. The protection, management and restoration of the rich and varied ecosystems of rangelands is fundamental and their relevance must be reflected within global conservation agendas.'
—Karina Berg, Global Grasslands and Savannahs Initiative Lead at WWF

'Rangelands include some of the earth’s most precious habitats and biodiversity and they support the livelihoods of millions of pastoralists who have a strong tradition of nature conservation. This Atlas provides the long-awaited evidence that rangelands need to be greatly elevated as an investment and policy priority in order to achieve sustainable development worldwide.'
—Jonathan Davies, Global Coordinator for the Global Drylands Initiative of IUCN

'This preliminary set of maps fills in key data gaps about rangelands and pastoralism for key stakeholders and decisions makers as they work toward sustainable rangelands and pastoralism. The maps will also contribute to the UN Decade on Ecosystem Restoration (2021–2030) to help inform decisions around prioritizing where restoration should take place in rangeland areas.'
—Abdelkader Bensada, UNEP’s focal point on Pastoralism, Grasslands and Rangelands and Programme Management Officer in the Terrestrial Ecosystem Management Unit

'Rangelands help keep carbon in the ground and offer necessary space for renewable energy like wind and solar whilst hosting diverse ecosystems and endemic species. This makes them important for the three Rio Conventions and ultimately for achieving the Sustainable Development Goals. We must protect and restore rangelands while securing the livelihoods for millions of people, including pastoralists, who are the custodians of these lands. The Atlas can guide all these endeavors.'
—Badi Besbes, Head of the Animal Production and Genetics Unit in the Animal Production and Health Division of FAO

'The atlas is a valuable tool to gather data and to experiment with participatory forms of mapping, together with the pastoralist communities on the ground. The world's pastoralists—estimated to be over 200 million people—need to be heard, supported and recognized for their role in caring and sustainably managing rangelands, and therefore must be part of the solution to the critical environmental situation that we find ourselves in.'
—Fernando García Dory, Pastoralists' Focal Point for the ILC Rangelands Initiative

This press release coincides with the official virtual launch of the Rangelands Atlas on 26 May 2021. It was prepared in collaboration with communication experts from WWF, IUCN, UNEP, FAO and ILC.

De-Risking, Inclusion, and Value Enhancement of Pastoral Economies in the Horn Of Africa (DRIVE): Assessment of suitability of financial protection schemes in the Horn of Africa

END_OF_DOCUMENT_TOKEN_TO_BE_REPLACED

This three year partnership is between Scotland’s Rural College (SRUC), U.K and ILRI. It will achieve its purpose of improving feed mitigation to climate change, increasing farmer productivity and income as well as access to nutritious food by enabling the selection of new generations of dairy...