Study explores effect of land use and biodiversity changes on risk of zoonoses in Tana River County, Kenya 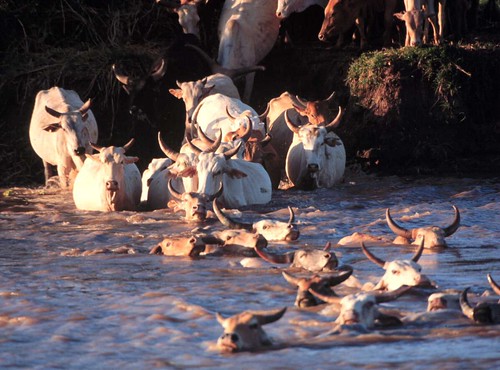 The Dynamic Drivers of Disease in Africa Consortium is a research program that works to understand the relationships between ecosystems, zoonotic diseases, health and wellbeing in order to inform effective public health interventions.

Under this program, multidisciplinary country teams are studying four zoonotic diseases: henipavirus infection in Ghana, Lassa fever in Sierra Leone, Rift Valley fever in Kenya and trypanosomiasis in Zambia and Zimbabwe. The focus is on how changes in biodiversity, land use and climate affect disease transmission.

The development of irrigation schemes is thought to influence pathogen transmission in people and animals in several ways. For example, masses of stagnant water and high humidity support the development of disease vectors like mosquitoes. In addition, irrigated areas are likely to have a higher density of animal hosts like chicken and small ruminants.

In order to investigate the influence of irrigation and changes in biodiversity on the distribution of zoonoses, a cross-sectional study was carried out in Tana River County, Kenya, home to the Hola Irrigation Scheme. The zoonoses of interest were Rift Valley fever, Q fever, brucellosis, West Nile virus, dengue fever and leptospirosis.

Irrigation causes a decline in biodiversity as wildlife habitats are cleared to make way for crop agriculture. However, the linkages between biodiversity and disease risk remain unclear. It was also found that areas with a rich diversity of hosts have higher prevalence of multiple zoonotic pathogens as compared to areas with lower host diversity.

The study also found that while irrigated areas are infested with multiple species of mosquitoes (including primary vectors of Rift Valley fever), their high population densities alone are not enough to sustain the transmission of pathogens; reservoir hosts (for example, birds for West Nile virus) or other persistence mechanisms are required.

These and other findings from the study were presented at the 49th annual scientific conference of the Kenya Veterinary Association which was held in April 2015.

View the presentation, Land use, biodiversity changes and the risk of zoonotic diseases: Findings from a cross-sectional study in Tana River County, Kenya

Accessibility of antibiotics in low-income countries